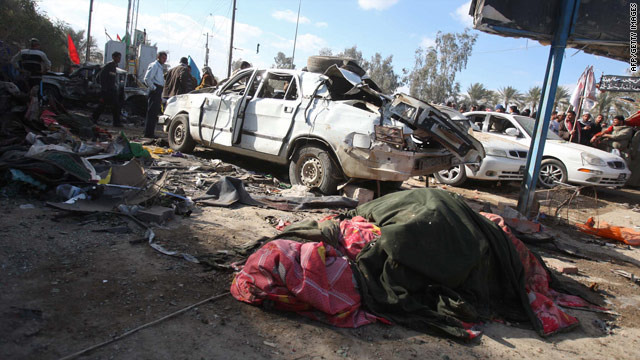 Iraqis inspect the site of a car-bomb attack in Karbala on Friday. At least 32 people were killed.
STORY HIGHLIGHTS

Police said two bombs blew up in quick succession in Karbala, where the pilgrims had congregated at the shrine of Imam Hussein.

The people were marking Arbaeen -- the end of the 40-day mourning period at the close of Ashura.

In Baghdad, a roadside bomb exploded targeting Shiite pilgrims killed one person and wounded 15 others.