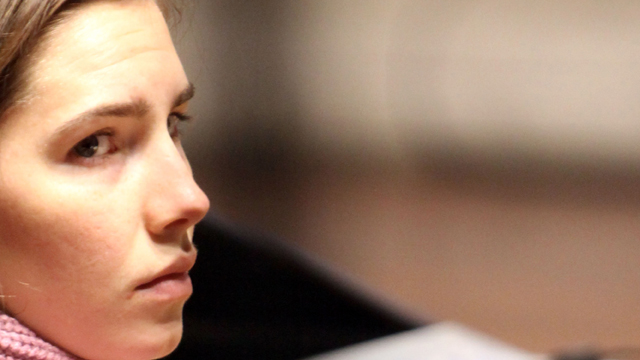 Perugia, Italy (CNN) -- American Amanda Knox won a major victory Saturday in her appeal of the murder conviction in the death of her British roommate when an Italian appellate judge granted approval of independent forensic reviews on two key pieces of evidence.

Judge Claudio Pratillo Hellman said he will accept independent forensic examinations of the knife believed used in the attack, and a bra clasp belonging to Meredith Kercher, who was killed in her Perugia apartment in 2007.

Previous tests of the knife and bra clasp revealed traces of DNA from Knox and her former Italian boyfriend, Raffaele Sollecito, who was also convicted in the killing.

Hellman also said he will allow new witnesses for the defense, including two people who are said to have information showing that Knox and Sollecito were not involved in Kercher's death.

Friends and family of Knox hugged and celebrated after the judge announced his decision.

"It's a good day for us -- finally," Knox's mother, Edda Mellas, said after the ruling.

The defense has said the knife found at Sollecito's apartment doesn't match Kercher's wounds or an imprint of a knife left on a bedsheet at Kercher's apartment. They have also said the DNA sample is too small to be conclusive. They also raised speculation that the DNA found on the bra clasp could have been contaminated.

"Why do you need to review the forensic evidence when this conviction is based on much more than the knife and the bra clasp?" Prosecutor Manuela Comodi argued before the court began deliberating.

She then reminded the court that Knox and Sollecito don't have an alibi for the night of the killing, adding that there was "ample" evidence of a staged break-in.

Francesco Maresca, an attorney for the Kercher family, said he was "disappointed" with the decision, suggesting that the ruling was political in the face of pressure from the United States.

Earlier this week, a third person convicted in Kercher's death lost his appeal.

Rudy Guede, a drifter originally from the Ivory Coast, will continue serving his 16-year sentence for the crime after the court refused Thursday to overturn his conviction.

Knox was sentenced last year to 26 years in prison for the killing of Kercher.

Kercher, 21, was found in November 2007, semi-naked with her throat slashed.

Knox's family said in April that she is innocent and that no forensic evidence puts her at the crime scene.

"Meredith was Amanda's friend," the family said. "They liked each other and spent time together when not in school. Amanda would not hurt Meredith."