2 killed, 48 others hurt as Russian plane skids off Moscow runway 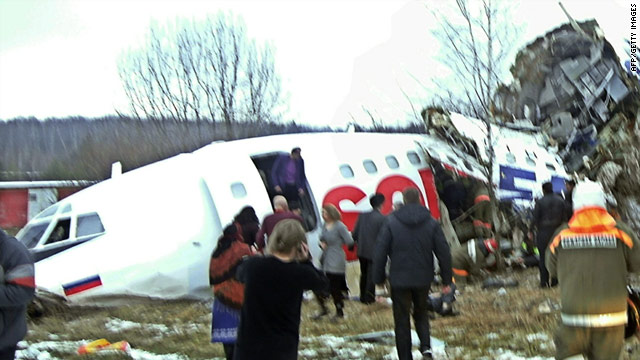 Moscow, Russia (CNN) -- At least two people were killed and 48 others injured Saturday when a Russian passenger plane skidded off a runway after an emergency landing in Moscow.

The plane made an emergency landing after all three of its engines failed, Russian Emergency Situations Ministry spokeswoman Veronika Smolskaya said.

There were 155 people aboard, including seven children, she said.

Of the injured, six people were hospitalized in the nearby town of Vidnoye, according to the ministry, and another 20 were on their way to local hospitals.

The flight landed at Moscow's Domodedovo airport about a half hour after it took off from Moscow's Vnukovo airport, headed for Makhachkala in southern Russia, Smolskaya said.

The plane was a Tupolev-154 belonging to Dagestan Airlines, she said.

CNN's Maxim Tkachenko and Arkady Irshenko contributed to this report.