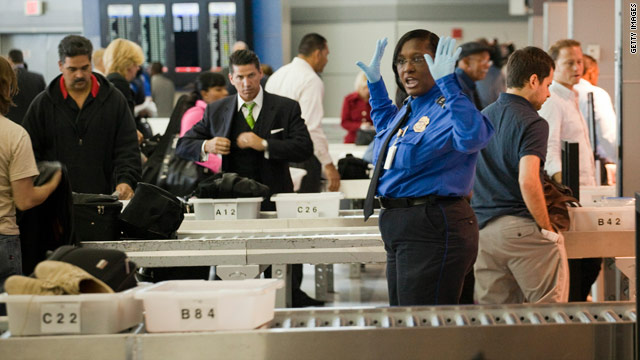 His comments came four days after authorities in the United Arab Emirates and Britain found two packages sent from Yemen believed to contain the explosive material PETN. The devices were packed in toner cartridges and designed to be detonated by a cell phone, a source close to the investigation told CNN.

Explainer: What is PETN?

Their discovery led to security clampdowns on cargo in a number of countries, including Yemen, where authorities stepped up the search for militant cleric Anwar al-Awlaki, a leading figure in al Qaeda in the Arabian Peninsula, the group believed to be behind the plot.

"The events in Yemen have put cargo security at the top of our agenda," Bisignani said, pointing out that 35 percent of goods traded worldwide are shipped by air, which in 2009 amounted to some 26 million tonnes.

"Transporting these goods safely, securely and efficiently is critical," he said, emphasizing that the responsibility for that should not just fall on airlines, but "the entire supply chain, from manufacturer to airport," driven by co-operation between government and industry.

His calls for international cooperation were backed by John Pistole, the head of the U.S. Transportation Security Administration (TSA).

"The threat we face moves across borders with ease -- divisions of nationality or geography are of no consequence. To meet this threat, we have to ensure that while we respect these boundaries, our security efforts cannot be bound by them," Pistole said in prepared remarks.

Both Bisignani and Pistole, who came to the TSA in July after 26 years in the Federal Bureau of Investigation (FBI), emphasized the importance of intelligence when it came to thwarting future attacks.

"Airport screening cannot be our first line of defense," Bisignani said in a statement. "Screening can complement effective intelligence and supply chain solutions. However, there is no technology today that governments have certified to screen standard size pallets and large items".

He added: "There is some promising technology but it is taking far too long to move from the laboratory to the airport. We must speed up the process."

Just over half of all cargo traffic is shipped by cargo planes -- 58 percent -- while the remainder -- 42 percent -- travels in the cargo hold of passenger planes, according to IATA.

The U.S. introduced new rules in August requiring the screening of all cargo carried on passenger planes, but "the rest of the world is very patchy," according to Stephen Phipson of Smith's Detection. He added that the screening of cargo on dedicated planes was "less stringent."

"The most important thing we should do right now is to have international agreements on these standards," Phipson said.

"The Americans have taken the lead in deploying the latest technology. We should have an international agreement that those kind of standards are employed across the world to make sure there are no gaps in the system."

The events in Yemen have put cargo security at the top of our agenda
--Giovanni Bisignani, IATA chief

Air passengers have been subject to increasing layers of security checks since the terror attacks on the U.S. in September 2001. In many airports, passengers are asked to take off their shoes and belts before walking through scanners. In 2006, the exposure of a liquid bomb plot in the UK led to new rules governing the transport of fluid in hand luggage worldwide.

His comments were backed by airline bosses and prompted a response from British transport minister Philip Hammond who said the government was listening to industry concerns.

TSA chief Pistole appeared to back a review of passenger security screening, despite last week's discovery of another attempt to blow up aircraft bound for the U.S.

"We can't just look for prohibited items because there's a list that says we have to and we shouldn't spend time trying to decipher between 3 ounces and 100 milliliters," Pistole said in a statement.

He said the threat to airport security could not be tackled using a "cookie cutter approach."

"The bottom line is that the future must be focused on providing the best possible security for travelers in a way that provides greater scrutiny to those who need greater scrutiny, and not using a cookie cutter approach for everybody," he said.