Minister: French troops may withdraw from Afghanistan in 2011 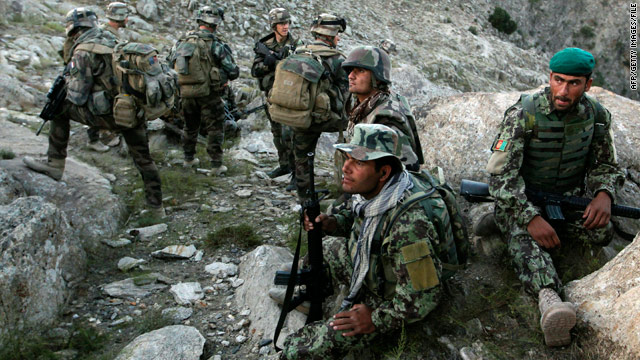 Paris, France (CNN) -- France and some other NATO nations may begin to withdraw some troops from Afghanistan next year -- but the move is not tied to a threat issued against the country supposedly by Osama bin Laden, the country's defense minister said Thursday.

Minister Herve Morin told French radio station RTL that France will begin to transfer the control of certain districts to Afghans in 2011.

"There is a fixed date by NATO in the framework of its new strategy. That is the start of 2011," he said. "In 2011, we are going to transfer a whole series of districts to the Afghans."

"At this moment, there could be the first movements or withdrawal of allied forces from Afghanistan," Morin said.

But Morin, insisted, the decision to withdraw was "in no way linked" to a taped message broadcast by the Al-Jazeera television network Wednesday.

In the tape, a man believed to be bin Laden warns France to get its troops out of Afghanistan and not to oppress Muslims at home.

"The only way to safeguard your nation and maintain your security is to lift all your injustice and its extensions off our people and most importantly to withdraw your forces from Bush's despicable war in Afghanistan," the al Qaeda leader says.

The tape is audio only. The speaker does not appear. CNN was not immediately able to confirm that it is really bin Laden.