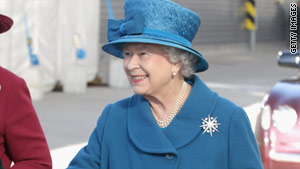 More than 600 people usually attend the Christmas party, which used to be an annual event until two years ago, when the queen announced it would be biennial.

The party was paid for by the queen's private fund, said the spokesman, who by custom refused to be named.

"The queen is acutely aware of the difficult economic circumstances facing the country and, given the current economic climate, it was thought that it was appropriate for the royal household to show restraint," the spokesman said.

"The Royals mix freely with servants -- it's normal to see the queen dancing with a footman or Prince Philip waltzing with a maid," the paper cited an unnamed palace worker as saying. "The champagne flows like water and you feel your hard work has been appreciated. This won't go down well."