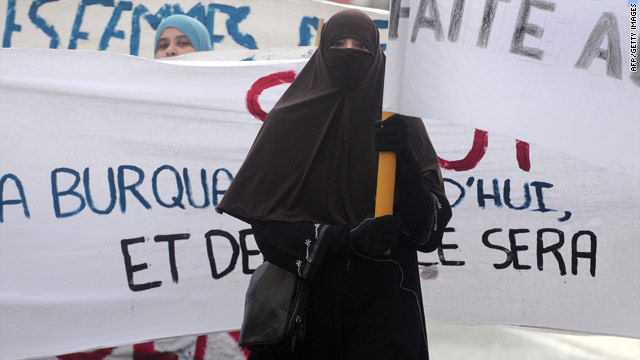 A woman in Tours wears a niqab during protests over efforts to ban Islamic face coverings.
STORY HIGHLIGHTS

(CNN) -- France's law banning the burqa and other Islamic face coverings in public places is legal, top constitutional authorities in France ruled Thursday, clearing the final hurdle before the ban goes into effect.

The ban passed both houses of the French legislature by overwhelming margins earlier this year, and is scheduled to come into effect in the spring.