Jose Gonzalez: 'I'm an anonymous musician and I enjoy it that way'

By Susannah Palk and Matthew Knight for CNN 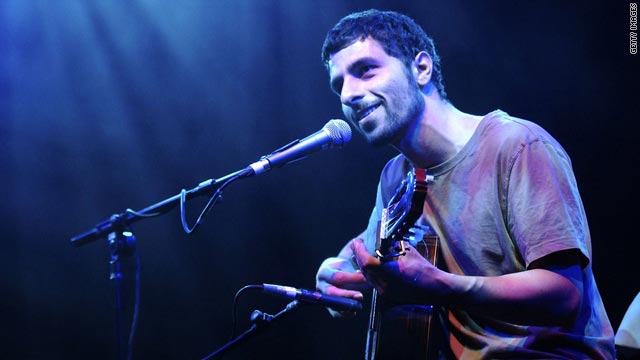 London, England (CNN) -- Born to Argentine parents in the suburbs of Gothenburg, Sweden in 1978, Jose Gonzalez rose to fame in 2003 with his single "Heartbeats" and the accompanying album, "Veneer."

An entirely acoustic indie/folk affair, the album revealed the influences of Latin America music he listened to when he was growing up.

He released his second album, "In Our Nature" in 2007, which continued the formula of Gonzalez and his classical guitar.

But Gonzalez wasn't always quite so quiet, musically.

During the 1990's he told CNN he was "screaming, playing bass and loud electric guitars" in punk bands.

Since 2005, Gonzalez has played in the band Junip, as well as continuing with his solo career.

What does Sweden mean to you?

I've lived here all my life, so culturally I guess I'm a Swede. I speak Swedish, it's my first language. Of course growing up with Latin American parents from Argentina, I also have some other influences, from other cultures. But Sweden is where I feel the most at home.

How did you combine your Latin American heritage with your life growing up in Sweden?

I didn't think about it too much when I was young. I grew up for the first seven years in a suburb where lots of immigrants were living, so I wasn't the only one with a weird name.

Later when we moved into the city and I started as school my best friend was from Ethiopia, and it's pretty common having mixed cultures in Sweden. So I didn't think about it too much when I was young.

How do you think the Swedish culture has shaped your personality?

I think Sweden is known for people being a bit more quiet than other cultures and I guess it's a mixture shyness and leaving room for other people to talk. Of course, when people get drunk all of that disappears. I guess that's similar to Japan in a way. So when people talk, they don't talk too loud and I think I have that in me -- I'm more a listener than a talker.

How do you think Sweden has inspired your music?

I think music is a mixed bag of things. The music that I'm known for is quiet and gentle, although when I was growing up and as a teenager I was playing the opposite -- I was screaming and playing bass and those loud electric guitars. So the music that I'm known for sits in the Nordic melancholic cliche. But at the same time the inspirations for my music has been from singers like Joao Gilberto from Brazil. So I'm not sure, maybe I would have done similar music even if I wasn't from Sweden.

What do you make of Sweden's music scene at the moment? How does it compare to other places in the world?

There's a lot of music coming out of Sweden and lot of music that is able to make it abroad. The styles are very varied. So you have everything from death metal to electro. I think the Swedish are good many different genres. It think it's a good place to make music, because it's easy to find rehearsal space and there are many small labels so as a starting band it's easier. And the government also supports bands that make their first album or go on tour. Me and many of my friends have had help from the government with our music.

When you're away from Sweden, what is it you miss most about home?

I've thought about it many times because I've been on tour a lot, and sometimes you're in a beautiful city and of course it's always your friends and the feeling of living in an apartment where you feel at home.

So I'm pretty sure if I moved the friends and the apartment I would be okay to be somewhere else. Of course I get nostalgic when I go to see where I live, with the rocky shore and a lot of islands and there are some foods that I would miss a lot if I lived somewhere else -- especially the pickled herring. There's a lot of it in the sea, so it's not a bad thing to eat and it tastes really good and everyone eats it around Christmas and Easter.

Where's your favorite place to go in Sweden?

Now that I'm on tour a lot when I go back I enjoy staying at home in Gothenburg. It's a relatively small town and I have my favorite bar around the corner and there's the best crepes in the world also around the corner. We have our studio here and my girlfriend and I have our bands in the same rehearsal space. So we make food and hang out, with about ten people -- so that's where I enjoy being.

It's good because I guess people will recognize the name, but they don't really recognize the face, so I'm an anonymous musician and I enjoy it that way. I think when people recognized me most, seven years ago, it was a bit awkward to go into shops -- you know, trying on clothes, and people were looking. So it's nice how it is right now. I can live for my music but I don't need to be recognized everywhere.

Are there any particular traits you like most about the Swedes or being Swedish?

Since the weather is pretty bad most of the year, it's really nice in May when the sun comes out, and people get really crazy actually. They enjoy the sun so much, they worship it. Even thought it's still cold they get excited and they'll sunbath in the middle of the city in the parks -- so it's very usual that people catch colds around this time of year. That's something I really like about Sweden.