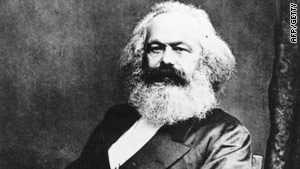 The England and Wales National Probate Calendar, 1861-1941, reveals the value of more than 6 million estates, including some left by famous people.

It was published online Wednesday for the first time by Ancestry.co.uk.

The famous Antarctic explorer Ernest Shackleton left even less on his death in 1922 -- just 556 pounds (20,000 pounds today) -- $878 ($31,600 today). The website said he lost his fortune in failed money-making schemes while allegedly trying to recapture the adventure of his youth.

"Probate" refers to the court's authority to adminster a deceased person's estate. That power lay with the church until 1857, when the state took it over and began putting together the records published Wednesday, Ancestry.co.uk said.

Entries also reveal details about the fate of the deceased, such as Edward John Smith, captain of the Titanic. His will says he was "lost at sea," along with passengers Bejamin Guggenheim and John Astor, and the ship's builder, Thomas Andrews.

Several famous authors left substantial estates when they died, according to the records.

The database can be useful to those researching their family history, helping them learn more about their relative's social standing and worldly possessions, Ancestry.co.uk said. In addition to the estate's value, each entry may also include the name of the deceased person, the date and place of their death, and, in some cases, bequest recipients.