Russian swapped for spies is in England, brother says 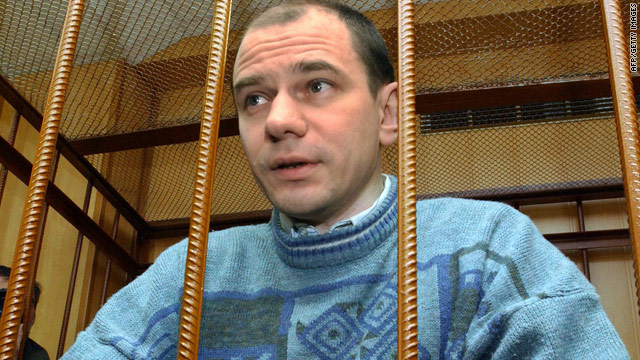 Moscow, Russia (CNN) -- A Russian scientist who was part of a swap for 10 Russian spies caught in the United States is now in England, his brother told CNN Sunday.

Igor Sutyagin "is in a small town on the outskirts of London," but doesn't know exactly where, his brother Dmitry said.

"He thinks he needs to take stock and consider what's going on in Russia, (and) in England," said Dmitry Sutyagin, who lives just outside Moscow.

Sutyagin was convicted of espionage in Russia in 2004, according to Human Rights Watch, which said his trial and conviction were seriously flawed.

Washington denies that he was a spy.

Amnesty International warned Thursday that sending him abroad as part of the swap could amount to forcible exile, a violation of international law.

His mother told Amnesty he had been forced to confess to spying in order to be freed from prison in a remote arctic region of Russia.

Sutyagin is one of four people handed over on Friday in exchange for the 10 people who confessed in the United States to spying for Russia.

The United States and Russia completed the swap Friday, exchanging them on chartered planes at an airport in Vienna, Austria, a U.S. official and Russian media said.

Attorney General Eric Holder said none of the 10 had passed classified information and therefore none had been charged with espionage.

Under the plea agreements, the defendants disclosed their true identities in court, admitted to being agents for Russia, and forfeited assets attributable to the criminal offenses, the Justice Department said in a news release.

Vicky Pelaez, Anna Chapman and Mikhail Semenko operated in the United States under their true names, and Chapman and Semenko admitted they are Russian citizens, the Justice Department said.

"Three of the Russian prisoners were convicted of treason in the form of espionage on behalf of a foreign power and are serving lengthy prison terms," the Justice Department said in a letter to U.S. District Judge Kimba M. Wood, who handled the case in the United States.