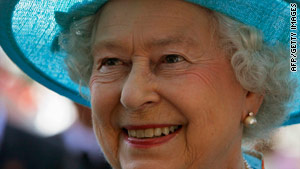 Queen Elizabeth II is the 245th richest person in the UK, according to The Sunday Times' annual rich list.
STORY HIGHLIGHTS
RELATED TOPICS

That means each British person contributes about 62 pence (94 cents) a year to support the royal household.

The drop comes mostly because the queen took fewer charter flights this year and refunded money to the government after selling her old helicopter, the palace said in its annual financial statement for the royal household.

Her annual spending has fallen by 17 percent in real terms since 2001, the palace said.

Queen Elizabeth II is worth an estimated £290 million ($446 million), making her the 245th richest person in the United Kingdom, according to The Sunday Times newspaper's annual rich list published in April.

The budget does not include the cost of security provided by the army or police.

The government covers the Queen's budget in exchange for her surrendering income from royal holdings, the budget report says.