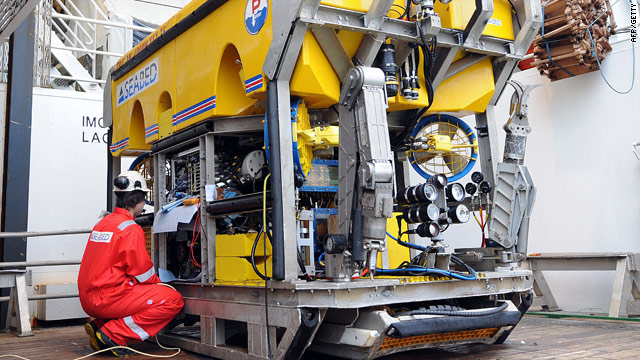 Paris, France (CNN) -- New computer programs have allowed officials to narrow the search area for an Air France airliner that crashed in the Atlantic Ocean last year, killing all 228 people on board, the French Defense Ministry said.

The search area has been narrowed to about five or six kilometers (about three miles), said the defense spokesman, Adm. Christophe Prazuck.

The more-accurate computer programs were developed from information gathered by a French submarine that searched the crash area in June and July, listening for signals from the flight-data recorders, Prazuck said.

The batteries powering the signals from the recorders died months ago and they are no longer operating.

That search was meant to end this week but is now continuing until at least May 25 using one of the two ships, the spokesman said. A U.S. Navy ship that was involved in the search has been recalled, he said.

Air France Flight 447 disappeared over the Atlantic Ocean on June 1 after taking off from Rio de Janeiro, Brazil, on its way to Paris, France. The cause of the crash has not been determined.