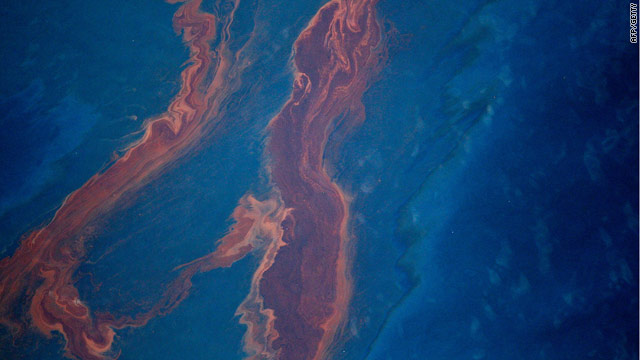 What are the consequences for oil giant BP as efforts to limit the disaster get underway.
STORY HIGHLIGHTS

(CNN) -- A major oil spill in the Gulf of Mexico is expected to cause substantial environmental damage along the Louisiana and Florida coastline.

Here CNN's Jim Boulden explains the circumstances behind the leak and the consequences for oil giant BP as efforts to limit the disaster get underway.

What caused the oil spill?
It seems workers on the Transocean Deepwater Horizon drilling rig (not owned by BP) were attempting to cap this new exploratory well when it suffered a "blow" causing the fire and sinking of the rig and the rupture of the line which brings extracted oil to the shore. Investigators will want to see what caused the explosion.

iReport: How is the oil spill affecting you?

What are BP's offshore operations?
BP took over two big American oil companies in the 1990's, ARCO and AMOCO which gives BP access to many U.S. oil fields and refineries. There has been a slew of new oil and gas finds in the Gulf of Mexico in deep water. BP, like many of its competitors, is drilling exploration wells there to gauge the oil and gas potential. The well, known as Mississippi Canyon (MC) Block 252, is in the 'Macondo prospect'. The well in question is 65 percent owned by BP and has other oil companies as minority partners. It's the norm these days for competitors to invest in these speculative wells.

Will BP have to foot the bill for the clean up?
BP CEO Tony Hayward has said BP will take full responsibility for the spill and that they will honor "legitimate" claims for compensation.

As of May 10, BP said the clean up has cost it $350 million which includes money for the failed dome, also a $100 million block grant to four states and $100 million to drill that relief well. Its not clear if BP has received any money from its partners Anadarko and Mitsui, which together control 35 percent of this particular project. BP is also expected to try and recover some costs from Swiss-based Transocean which own the rig that caught fire and sank.

How much will all this cost?
The clean up and the lawsuits together could total $3 billion, according to a research note Friday from Bank of America/Merrill Lynch.

But even that figure could be higher if the incident hits BP's reputation to the point where other firms no longer want to do business with them or if future oil exploration is limited as a result of the spill.

Will anyone face legal action over the spill?
This is the United States after all.

What effect has it had on BP's share price?
BP shares are like an oil tanker most days -- they don't move much and tend to trend with the oil price. But BP shares have been falling for days and at last count the company's shares have lost some 8 percent last week.

Why does something like this impact on share price?
BP may have to spend billions of dollars to make this right. Also, BP could cut its very generous dividend to preserve cash, if it comes to that. The Texas City Refinery fire in 2005 has cost BP some $1.5bn and counting.

Will it have an impact on BP's profits?
This was not a working well, so BP will not lose any amount of oil and gas in its portfolio. But at some point it will have to"'book" the costs of all this and that will have an impact on its bottom line. Having said that, BP earns $5-7 billion from "ongoing activities" EVERY quarter ($27.7 billion in total for 2009). It had a $5.5 billion "replacement cost" profit in Q1 2010. It can afford this.