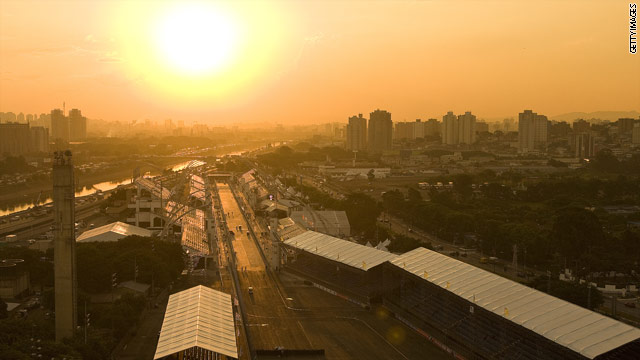 Atlanta (CNN) -- Every year, like Valentine's and wedding anniversaries, it creeps up on us -- Daylight Saving Time -- and with it come resolutions to spend more time in the garden and get out of work early to enjoy the evening sunshine.

Supposedly, the extra Vitamin D we absorb should be good for us.

But DST also spells disruption -- to our bodies, the routine on the farm, not to mention the stores that sell watches and clocks.

Its proponents in Europe and the U.S. say Daylight Saving (or as it's rather hopefully known "Summer Time" in the UK) cuts energy use and accidents on the road, and makes life easier for those with poor eyesight.

The man largely responsible for bringing forward -- by four weeks - the Daylight Saving change in the US was Rep. Ed Markey, a Massachusetts Democrat.

That came in 2007, and Markey said that through 2020 the move would "save consumers $4.4 billion, avoid the need to build more than three large electric power plants, avoid consumption of 279 billion cubic feet of natural gas," reduce crime and road accidents -- and put a smile on people's faces.

Others are less enthusiastic.

Kazakhstan abolished the time change after a survey found 51 percent of Kazakhs reacted badly to it.

After the Kazakh winter, the appearance of sunshine alone is probably enough for most of them. It found that traffic accidents actually increased with the time change.

A Swedish study suggested that on the Monday after the time-change, accidents increased because people had lost an hour's sleep over the weekend.

More seriously, there is our health and our body clocks.

Dr Marc Schlosberg of the Washington Hospital-Sleep Center says the Circadian rhythm is set by a clock inside our brain called the hypothalamus which tells us when to go to sleep and when to wake up in the morning.

Some studies have suggested that the disruption to our rhythms have caused a higher rate of heart attacks. Research published in 2008 in the New England Journal of Medicine found the incidence of heart attack "was significantly increased for the first 3 weekdays after the transition to daylight saving time in the spring" -- some 5 percent. The study used 20 years of data from Sweden.

And a study of Australian statistics over three decades suggests that suicide rates - especially among men - increase after the time-change, concluding "small shifts in diurnal rhythms are potentially destabilizing in vulnerable individuals."

But (surprise) big retailers like the time change, because more people are out and about in the lighter evenings (and therefore inevitably shopping.) And so do golf clubs for example, as thousands of harried executives escape the office to squeeze in a round before dusk.

There is another problem for an Englishman transplanted to the United States.

Now that the US changes its clocks four weeks ahead of Europe, I am constantly confused about the kick-off times for football matches on the other side of the pond. It's very annoying.

Maybe I should move to Arizona, which refuses to have anything too do with DST.