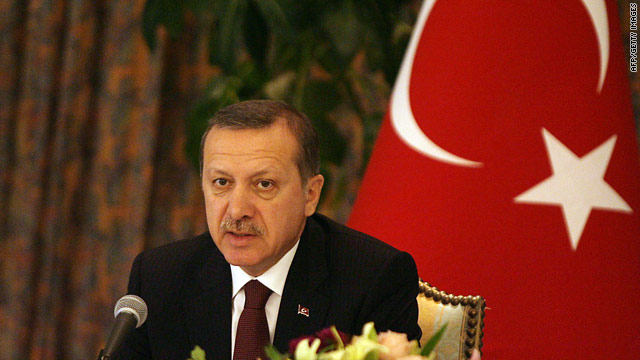 Istanbul, Turkey (CNN) -- Turkey has canceled a high-level summit scheduled to take place in Sweden next week in protest of a resolution passed by the Swedish Parliament, recognizing the 1915 killings of ethnic Armenians in Ottoman Turkey as genocide.

The Turkish government also recalled its ambassador from Stockholm for consultations.

"Those who think that historical facts and Turkey's views of its own past will change with decisions made on the basis of political interests of foreign parliaments are seriously deluded," the Turkish prime minister's office said in a written statement late Thursday.

The Turkey-Sweden Summit was scheduled for Wednesday.

This is the second time in less then two weeks that the Turkish government has denounced a foreign parliament's decision to label a bloody chapter of World War I history "genocide."

On Tuesday, Turkish prime minister Recep Tayyip Erdogan told journalists he wouldn't be sending ambassador Namik Tan back to his post in Washington until he sees "clarity" on the resolution.

Both the White House and Secretary of State Hillary Clinton expressed opposition to the resolution before and after its passage, arguing it would hurt relations with an important NATO military ally. House lawmakers narrowly approved the resolution by a 23-22 vote.

"Historical events should not be judged at a political level, but should be left to the parties concerned to discuss on the basis of current research," said Sweden's Foreign Minister Carl Bildt, in remarks posted on a Swedish government web-site.

Bildt expressed regret, saying the parliamentary decision would hurt efforts to normalize relations between neighbors Turkey and Armenia. Their border has been closed for more then a decade.

"The decision will not help the debate in Turkey, which has become increasingly open and tolerant as Turkey has developed closer relations with the European Union and made the democratic reforms these entail," Bildt added.

Turkey officially denies a genocide took place in the last days of the crumbling Ottoman Empire. Ankara argues instead that Muslim Turks and Christian Armenians massacred each other on the killing fields of World War I.

But every year on April 24, Armenians around the world observe a remembrance day in honor of the genocide.

Historians have extensively documented the Ottoman military's forced death-march of hundreds of thousands of ethnic Armenians into the Syrian desert in 1915. The massacres decimated the Armenian population in what is modern-day eastern Turkey.

For years, the government in Yerevan and influential Armenian diaspora groups have mounted a campaign to convince other countries to formally label the events of 1915 as genocide.