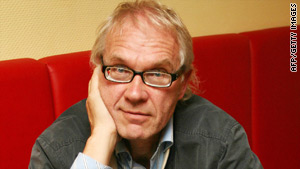 Irish media reports said the target was Swedish cartoonist Lars Vilks, who drew a cartoon of the Muslim prophet Mohammed with the body of a dog in 2007, prompting al Qaeda to offer $100,000 to anyone who killed him -- plus an extra $50,000 if the killer slits his throat. The Irish press reports cited unnamed police sources.

Four men and three women were arrested by Irish police in Waterford and Cork, authorities said. They range in age from mid-20s to late 40s.

Ireland's national broadcaster RTE said the suspects are originally from Morocco and Yemen, but are all living legally as refugees in Ireland.

Vilks, the cartoonist reportedly at the center of the plot, told CNN he had drawn the cartoon of Mohammed with a dog's body in order to take a stand.