Australia blames U.S. for documents getting to WikiLeaks 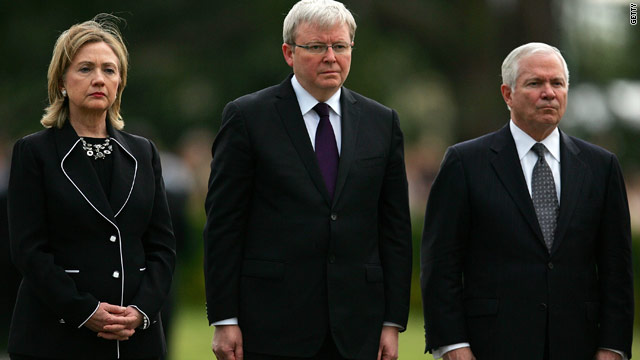 (CNN) -- Australia's foreign minister put the blame for the release of tens of thousands of pages of diplomatic cables and military information through WikiLeaks squarely on the United States Wednesday.

"I have been pretty consistent about where the core responsibility lies in this entire matter and that lies with the release of an unauthorized nature of this material by U.S. personnel," Australian Foreign Minister Kevin Rudd told the Reuters news agency.

"My responsibility as the foreign minister is to ensure that this individual is treated no differently to any other Australian around the world who find themselves in legal difficulties," Rudd said.

"I take that responsibility very seriously because he has, in my view, complete entitlement of presumption of innocence before the law, and our job as the Australian government is to ensure that he has full access to normal consular and legal services that we would seek to provide to any Australian in these sorts of difficulties in any country around the world."