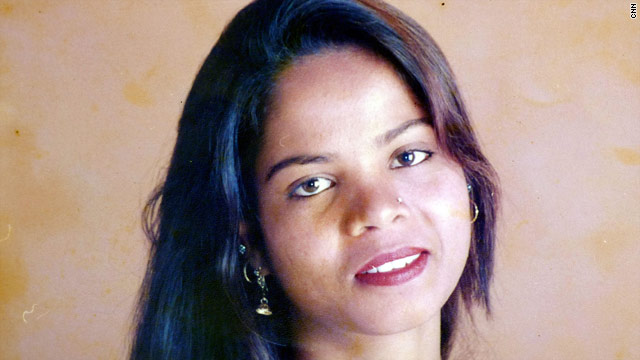 "If the president pardons Asia Bibi, we will raise our voices across the country until he is forced to take his decision back," nationally known mufti Muneer Ur Rehman said.

Hafiz Ibtisam Elahi Zaheer, a leading cleric in Lahore, said pardoning the woman would be "criminal negligence" and would cause inter-religious tension.

Punjab Gov. Salman Taseer told CNN Tuesday that President Asif Ali Zardari would pardon Bibi if the High Court did not grant her request for mercy.

Bibi, who has been jailed for nearly 15 months, was convicted in a Pakistani court earlier this month of breaking the country's controversial blasphemy law by insulting Islam's Prophet Mohammed, a crime punishable with death or life imprisonment, according to Pakistan's penal code. She was sentenced to death.

When speaking against religion is crime

A spokesman for Zardari said Wednesday that no action has been taken, but the president will pardon her if necessary.

"No decision has been taken," spokesman Farhatullah Babar said. "Under the constitution, the president has to act under the advise of the prime minister. He will advise the president to take whatever action he proposes."

Babar said jurists and legal experts have debated about whether the president has absolute power under the constitution to grant a pardon.

But he said Bibi is not in danger of being executed.

"Asia cannot be executed now," Babar said. "Under the law, a death sentenced issued by a session court can not be carried out until it has been endorsed by the high court."

"Pakistan is a nation of many faiths and religions, and all Pakistanis, no matter what their religion, are equal under the law," Ispahani said in a written statement. "President Zardari has followed the case of Asia Bibi closely and will take appropriate action, if necessary, to issue a pardon or grant clemency to insure that Asia Bibi is neither incarcerated or harmed."

"The president asked me to investigate her case, and my preliminary findings show she is innocent and the charges against her are baseless," Pakistani Minister for Minority Affairs Shahbaz Bhatti told CNN.

Bhatti has said he will submit a final report Wednesday to Zardari's office.

Prosecutors say Bibi, a 45-year-old field worker, insulted the Prophet Mohammed after she got into a heated argument with Muslim co-workers who refused to drink from a bucket of water she had touched because she is not Muslim.

In a brief news conference at the prison where she's being held, Bibi said last weekend that the allegations against her are lies fabricated by a group of women who don't like her.

But Babar said the president's party lacks the power in parliament to repeal Pakistan's blasphemy laws.

"The manifesto of the Pakistan Peoples Party calls for the law to be repealed, but the party has not been able to repeal it because we lack the majority in parliament," Babar said. "We don't have the numbers to do it."

Pakistan is more than 96 percent Muslim, according to the Pew Forum on Religion & Public Life.