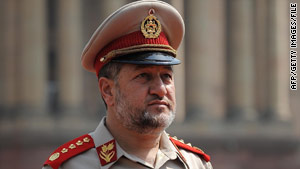 Kabul, Afghanistan (CNN) -- In what is seen as a bow to international pressure to delay implementation of a ban on private security contractors, the Afghan government said Wednesday it will form a committee to plan the phasing out of those contractors without endangering development projects.

The committee is to be led by Afghanistan's minister of interior and will include representatives from NATO, the NATO-led International Security Assistance Force and major international donors. It will "develop plans for the disbandment of the PCSs that provide security for development projects and report on progress to the president," the Afghan government said in a written statement.

It said the phasing out of "illegal" security contractors and road convoy security companies "continues on a priority basis as laid out in the decree."

The committee will prepare a timetable for the dissolution of contractors protecting development projects and submit it to President Hamid Karzai by November 15, the Afghan government said. "Once approved, 90 days max will be given to each organization before [the] designated dissolution date. Following the completion of [the] plan's implementation, the government of Afghanistan will assume responsibility for providing necessary security for development and reconstruction projects."

The committee will examine development and aid companies and develop plans for them to shift to government security, Interior Minister Bismillah Khan Mohammadi said at a news conference. Convoys run by private security companies will also have to transition, he said.

The announcement was welcomed by the United Nations Assistance Mission in Afghanistan, which issued a statement saying it supports the "principled stand" of Karzai's government regarding the proposed ban.

"We are committed to implementation of this decree with a fixed timetable and accept that the international community must respond promptly to President Karzai's long-standing concerns about the conduct of private security companies," the U.N. mission said.

"We will continue to work on a priority basis and in a spirit of partnership with the Afghan government and international partners to support successful implementation of the decree in a manner that increases Afghan security, strengthens sovereignty and leadership and ensures the continuous predictable delivery of critical international development assistance," he said.

The United States had previously expressed concern about Karzai's pledge to phase out the country's 52 private security companies by year's end, saying that if implemented, the move would leave critical aid personnel unprotected and unable to continue their work.

The United States has been negotiating with the Afghan government over such protection, and had been asking for clarification on which contractors would be allowed to remain in the country and under what conditions they could operate.

Earlier this month, the Afghan government clarified exceptions to the proposed ban, saying that firms offering protection to embassies and foreign diplomats would be allowed to continue to operate. The decision "addressed the concerns of NATO and foreign embassies regarding the private security companies' dissolving process," a statement from Karzai's office said.

However, it said that other private security companies not engaged in that work "are a strong threat for the national security and national sovereignty of the country" and that their dissolution would continue as planned.