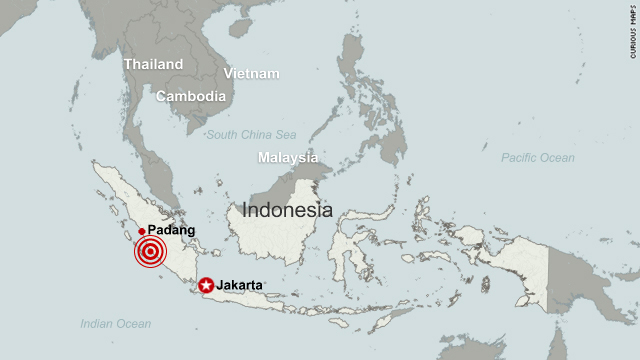 (CNN) -- An earthquake with a preliminary magnitude of 7.5 struck off the coast of Sumatra, Indonesia, on Monday, the U.S. Geological Survey reported.

A local tsunami watch was issued briefly by the Pacific Tsunami Warning Center after the quake struck at 9:42 p.m. It was lifted about two hours later.

There are no immediate reports of damage or injuries.

A magnitude 6.1 quake struck off the coast on the opposite side of Sumatra, the USGS reported, at about 2:37 a.m. Tuesday. There were no immediate reports of damage or injuries from that quake as well, and there was no tsunami warning issued.