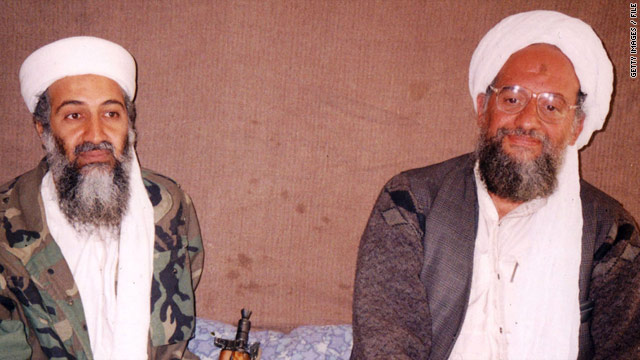 A senior NATO official says Osama bin Laden and his deputy Ayman al-Zawahiri are believed to be hiding close to each other in houses in northwest Pakistan. CNN's Nic Robertson explains the significance.

A lot of what has been said is common sense and common knowledge among officials working in the Afghan theater. What is different is it's a growing pressure on Pakistan and its role.

We had the information before about Osama bin Laden being close to Ayman al-Zawahiri, and it's been clear for a while he has not been living in a cave. It is not clear yet why a NATO official is saying this now.

The sense, behind the scenes, is Pakistan is believed to be coming towards the negotiating table and behind the Taliban, as it begins to talk to the Afghan government.

Pakistan has its own set of desires for the outcome in Afghanistan -- and they are trying to achieve these demands behinds the scenes, we are led to believe, in association with the U.S. and Afghanistan.

It seems hardly surprising that there would be more pressure on Pakistan to provide what the U.S. and NATO wants, which is Osama bin Laden to be handed over.

Has the West or NATO done anything like this before?

This is the first time in many, many years that the finger has been pointed so blatantly at Pakistan. If you look at Bob Woodward's book "Obama's War," one of the things Barack Obama has wanted to do is point the finger at Pakistan and say "the problem is there" whether it is terror training camps or home to bin Laden.

It seems to be part of an effort to put the focus on Pakistan.

Why is it now thought bin Laden is in a town?

Both the Taliban and al Qaeda, in conversations that have been intercepted, are saying that the drone strikes on isolated houses are proving quite effective.

It is clear that this is a worry for the grassroot jihadists and more so for the leadership who are less expendable.

It is safer to be living in a more urban environment because the risk of collateral damage -- innocent lives -- is higher.

We have seen the Taliban moving to Karachi, and Pakistan media has reported members of al Qaeda living there also.

Given the rate of drone attacks, it is no surprise they would feel safer among people.

Why would bin Laden get protection?

Nobody wants to turn in what many people see as a hero of Islam. These people would also not be swayed by reward money.

There would also be reams of security around bin Laden so few people would actually know where he is living.

What does Pakistan want?

The Taliban leaders are bargaining chips for Pakistan's goal, which is regional security. That includes India having less influence in Afghanistan.

Pakistan ultimately wants a stronger, traditional Pashtun government for Afghanistan, so that India cannot get a stronger foothold there.