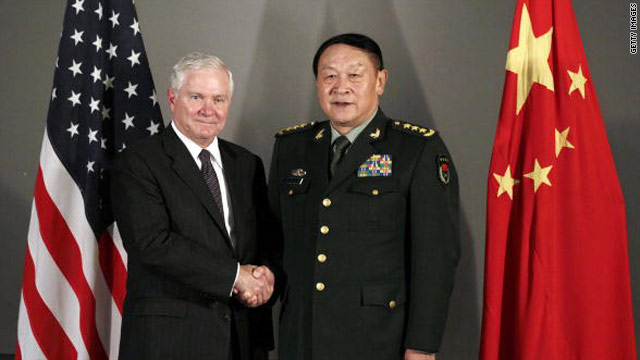 (CNN) -- The first tentative step toward a consistent relationship between the United States' and China's militaries started Monday with a meeting between U.S. Secretary of Defense Robert Gates and Chinese Defense Minister Liang Guanglie.

The meeting, at a defense minister meeting for Asian countries in Hanoi, Vietnam, was "constructive," Gates said at a news conference later in the day. China had stopped military dialog with the United States after the Obama administration announced a planned sale of arms to Taiwan earlier this year.

The Chinese defense minister invited Gates to China, and the U.S. secretary of defense accepted.

The meeting seemed to skirt one major issue: China's actions at sea. According to Gates, the two did not talk about the recent skirmish between China and Japan in the South Seas. Gates said he felt that discussion should be left for conference meetings on Tuesday about maritime security.