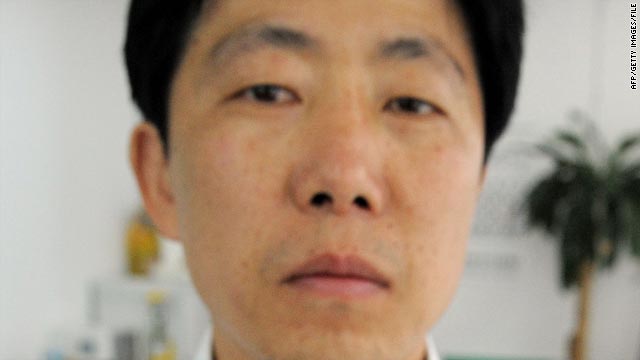 Park Sang-Hak is an activist and former defector from North Korea pictured in Seoul, South Korea, in May.
STORY HIGHLIGHTS
RELATED TOPICS

(CNN) -- The number of defectors from North Korea who have settled in South Korea will pass 20,000 as early as this month, the Yonhap news agency said.

A total of 19,569 North Koreans have fled for the South since the Korean War, as of August, according to South Korea's Unification Ministry. An average of 200 arrive monthly.

North Koreans also escape to neighboring China, but their numbers are unknown, because they go underground. Beijing sends North Korean defectors back to the hermetic North, where they face punishment.

Many North Koreans also are caught while trying to escape their impoverished country.

Millions of families were separated by the Korean War, which ended in 1953 with a cease-fire but without a formal peace treaty.

South Korea turned itself into an economic tiger in the decades after the war. It overtook the communist North, which was industrially superior at one point.

North Koreans have gone hungry, as their leaders have poured money into the country's nuclear arms and missile programs. The arms buildup has prompted harsh economic sanctions from the international community.