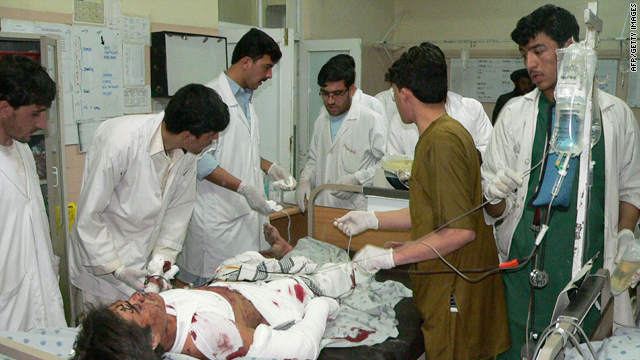 Kandahar, Afghanistan (CNN) -- Nine children were among 10 people killed Tuesday when explosions rocked a residential area near the city of Kandahar, an Afghan government official said.

He said there were a series of five blasts caused by improvised explosive devices around 7:30 p.m. in an area just west of the city called Panjwai Durai.

The first explosive was hidden in the dust in an area with civilians and children, he said. The nine slain children were ages 10 to 14.

Kandahar city and its province of the same name are located in southern Afghanistan. They have endured much violence in recent years.

The incident comes a day after the city's deputy mayor, Noor Ahmad Nazari, was assassinated while traveling home from work.