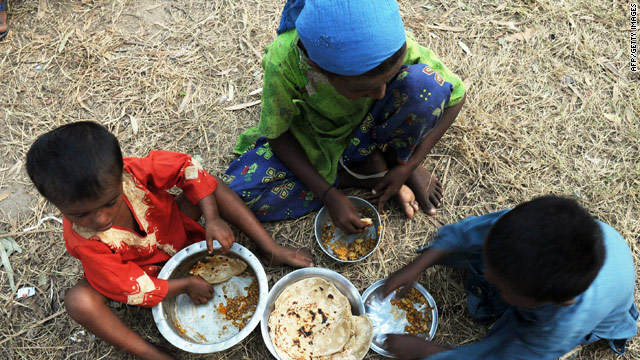 (CNN) -- A United Nations representative on Saturday pleaded for more international aid to help the millions of Pakistanis displaced from flooding that has ravaged the country for more than a month.

"We still have millions of people out of their" houses, said Jean-Maurice Ripert, the U.N.'s special envoy for assistance to Pakistan. "We have hundreds of thousands of people that we have to feed, take care of on a daily basis."

Ripert said that while the international community has given more than $1 billion in relief, "it's far from enough."

"We need more money, we need more response," Ripert said, "and the U.N. ... certainly is launching a new appeal. We need your help. We need the help of the countries for emergency needs, for food, shelters, water purification. We need planes to bring the goods in Pakistan and to distribute them into Pakistan. We need teams to operate medical facilities. We need everything."

The death toll has climbed to 1,738, the Pakistan Disaster Authority said Saturday. Officials said this week that 17 million have been affected nationwide. The death toll is expected to rise significantly as flood waters continue to recede and more bodies surface.

But the nightmare isn't over for the survivors. Water-borne illnesses from contaminated flood waters have erupted nationwide. At least 1 million Pakistanis have crippling diarrhea or respiratory infections. About 65,000 cases of malaria have been reported.

Meanwhile, 600,000 to 800,000 people have been displaced over the past four days after fresh flooding in Dadu in Pakistan's Sindh province, Maurizio Giuliano, spokesman for the U.N.'s Office for the Coordination of Humanitarian Affairs, said Saturday. The areas of Mehr Tehsil, Kher pur Nathanshah and Johi were under water.

"In the town of Johi, an estimated 150,000 people are without any assistance along the road," Giuliano said.

CNN's Sanjay Gupta and Samson Desta contributed to this report.