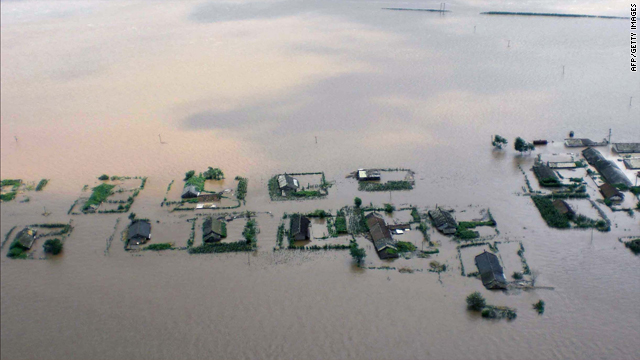 The Red Cross is Seoul's main channel for humanitarian aid to North Korea. The communist nation has not replied to the offer, Chun was quoted as saying.

The International Federation of Red Cross and Red Crescent Societies blamed a flash flood for displacing more than 23,000 people in a North Korean province bordering China.

"The whole city of Sinuiju with its 350,000 residents is without piped drinking water at the moment because the main pumping station was inundated," said Henk Schipper, Red Cross water and sanitation delegate in North Korea.

In August, nearly 260,000 people in northeastern China and North Korea fled their homes as heavy rains caused the Yalu River to overflow its banks, state news outlets in those countries reported Sunday.

Tensions between North Korea and its southern neighbor have escalated since a May report from Seoul blamed North Korea for the sinking of a South Korean warship in March.

The report, whose findings have been endorsed by the United States, alleged that a North Korean sub sank the ship, the Cheonan, with a torpedo, killing 46 sailors.

North Korea denies it was responsible for the sinking.