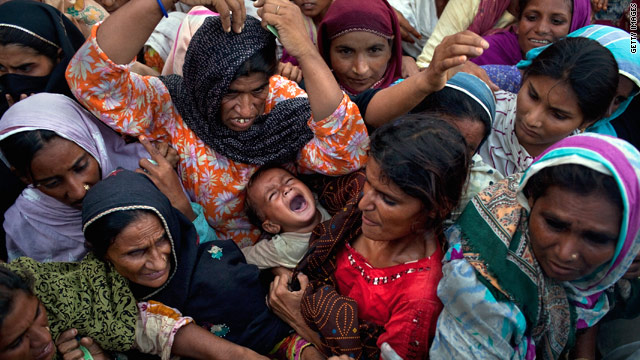 A child cries as a crowd of villagers fight for bags of flour on the outskirts of Muzaffargarh in Punjab, Pakistan, August 20, 2010.
STORY HIGHLIGHTS

(CNN) -- The massive flooding that has covered about one-fifth of Pakistan has claimed the lives of more than 1,500 people, authorities said Saturday.

The death toll from the three-week flooding has reached 1,514, the nation's disaster management agency said.

Officials fear the number could continue to rise because of diseases from unsanitary conditions.

CNN's Samson Desta and Mila Sanina contributed to this report.