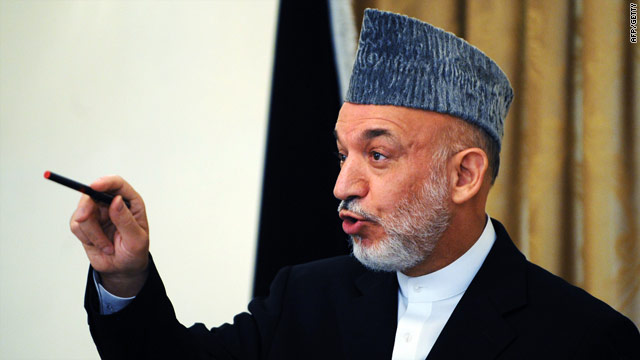 The spokesman gave no further details and his announcement is raising questions among Afghanistan's international community which heavily relies on private security companies.

A U.S. Embassy representative tells CNN, "We can't comment on the decree until we have seen and studied it. We look forward to seeing the decree and understanding the details."

"The United States supports President Karzai's intent," the representative said, "and we are working closely with his government to help implement the goal of full Afghan leadership of Afghanistan's security in coming years, as pledged in his inaugural address and reiterated at the London and Kabul Conferences."

Privately, however, a U.S. official with knowledge of the issue but who did not want to speak on the record because of the sensitivity of the issue tells CNN that, based on the Afghan president's spokesman's statement, "it's not at all clear what's being announced."

This official says there are several questions: "Will this be only applied to Afghan companies or international companies? Will it require closure within four months, or four months from now will we begin a slow process to begin shutting things down? Until we have more detail or see the decree, it's hard to say what the real effect will be."

Blotz said ISAF has been aware of problems in the private security business "for years" and that coordination is needed among ISAF, the Afghan government and the international community.

He said ISAF had started looking into the issue last year and had some recommendations, including the need for all companies to be registered and put under government oversight and legal control. He also said there is a problem with companies that sub-contract their work out.

Monday, in a briefing, he said the top priority now is building up the Afghan national security force to eliminate the need for private security forces.

The president's decree, however, according to his spokesman's announcement, goes beyond requiring registration, demanding instead a complete shut-down of private security companies.