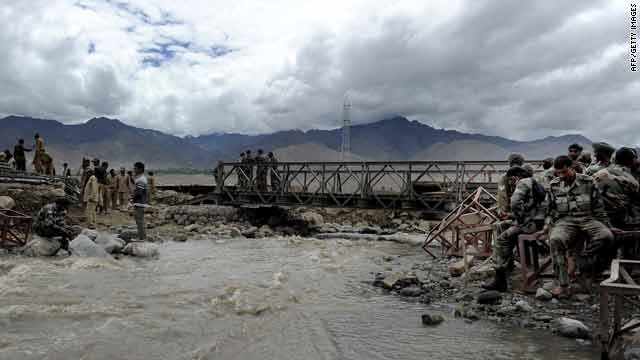 The death toll from the devastation has risen to 145 people, according to the official Press Trust of India.

Rescuers were slogging through knee-deep mud as they searched for the missing in the city of Leh, the news agency reported.