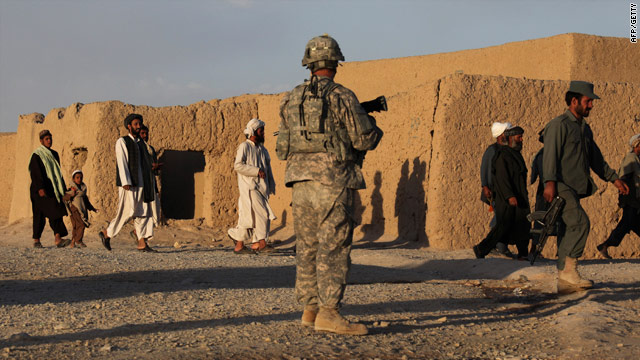 (CNN) -- Security in war-torn Afghanistan has not improved in recent months and violence threatens any strides toward stability, a United Nations report said.

"The alarming trend of increased improvised explosive device incidents and the occurrence of complex suicide attacks persisted. Military operations also intensified," said Ban, who noted that the country remains unstable despite improvements in the development of Afghan security forces.

Ban said he is pleased by a recent assembly of tribal leaders, called a jirga, convened to thrash out the country's peace process. Attempted suicide attacks and rocket fire marred the jirga's opening session, but Ban said the event "proceeded undeterred."

"I am heartened by the outcome of the consultative peace jirga, a step towards reaching out to all Afghans to promote an inclusive dialogue aimed at achieving stability and peace in Afghanistan," Ban said.

He praised the "state of preparedness" of Afghan election officials for the September vote and the presence of more than 400 women on the preliminary list of candidates.

"Strengthened Afghan electoral institutions in the lead will instil greater public confidence in the electoral process and contribute to improved, more credible elections," he said.

But Ban said election security will be critical and election officials "must balance polling center security against the need to make the elections accessible to all Afghans."

He also said that Afghanistan is hosting an international conference July 20 in Kabul where an Afghan-led plan to improve development, governance and security is to be presented.

That's a follow-up to a January conference in London, where Afghanistan and its allies met to discuss the country's political and economic development.