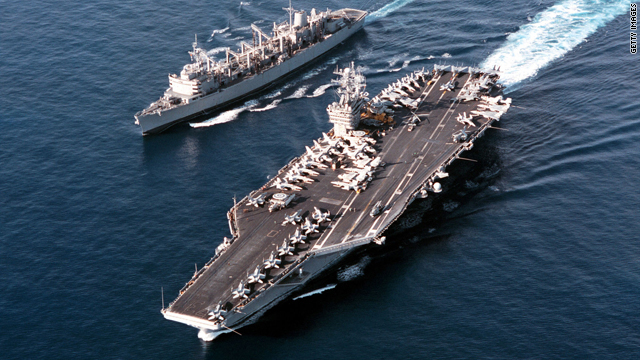 Washington (CNN) -- The Pentagon denied Thursday it has approved sending the aircraft carrier USS George Washington to the Yellow Sea off the Korean Peninsula, where North Korea allegedly sank a South Korean warship in March.

But Pentagon spokesman Geoff Morrell told CNN, "No carriers are going anywhere near there anytime soon." However, the military officials are planning for the deployment and said they expect it to be announced.

Defense Secretary Robert Gates said Thursday he was not aware of a plan to send the carrier to waters off South Korea. The U.S. military is conducting exercises with the South Koreans, and some additional exercises are under discussion, Gates said, but no decisions have been made.

The carrier deployment would come as the U.S. Navy and Republic of Korea warships are scheduled to conduct a joint naval exercise that the two nations vowed to undertake in response to the alleged North Korean attack on the South Korean ship. It's not clear to what extent the aircraft carrier will be part of that exercise.

The carrier is expected to be accompanied by a U.S. destroyer and submarine, the officials said. The U.S. ships plan to conduct exercises separate from those previously announced.

But the move is considered to be sending a signal to North Korea about the U.S. commitment to defending South Korea. The Navy sent a carrier to the Yellow Sea last year for exercises, considered an unusual move because it had been several years since that had happened, one of the officials said.

North Korea is blamed for a torpedo attack on a South Korean navy vessel, the Cheonan. Forty-six sailors were killed.