From Andrew Salmon, For CNN 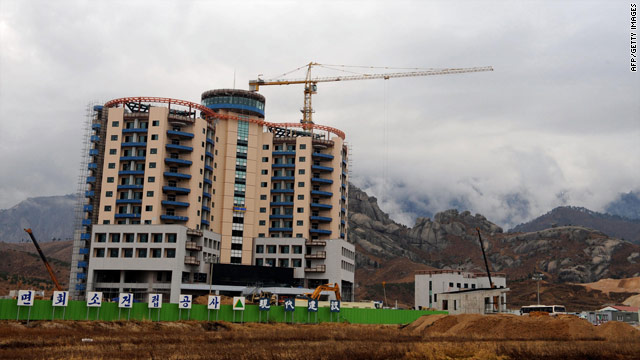 The property at scenic Mt Kumgang region in North Korea will be seized, all other South Korean assets at the resort frozen and all South Korean staff expelled, the Korea Central News Agency said.

While the resort is run by Hyundai Asan, a private South Korean business, the five facilities are run by the South Korean government. The properties are a fire station, a duty-free shop, a reunion center for families divided since the 1950-53 Korean War, a cultural center and a spa.

"This is very serious, because we have invested U.S. $90 million," said Lee Charm, president of the (South) Korean Tourism Organization. The organization runs the spa, the duty free shop and the cultural center.

South Korean government officials have not responded to North Korea's move. Lee said there would be no official response until after a meeting with the Unification Ministry.

Pyongyang has said it will give the facilities to another operator, but Lee said the actions will lower the possibility of foreign investment.

"As far as tourism is concerned, this is kind of like them giving up on any foreign investment," Lee said of the North Korea announcement. "If they do this, they will not find anyone else wanting to invest money in tourism enterprises."

The news comes as tension mounts between the two Koreas after the mysterious sinking of the South Korean warship Cheonan near disputed waters. South Korean officials have said the March incident was caused by an external explosion. There are suspicions, though no direct evidence, of North Korean involvement.

The Mount Kumgang resort was established in 1998. It's a virtual enclave inside secretive North Korea, reachable by a road corridor and by cruise ships. Nearly 2 million tourists -- the vast majority South Korean -- have visited it.

Pyongyang has periodically threatened to seize the resort unless tours -- a key source of foreign currency for the impoverished regime -- are resumed.

"I think this is very serious," said North Korea expert Dr Choi Jin-wook at the Seoul-based Korea Institute of National Unification said. "I think North Korea has almost given up on inter-Korean relations."

"The situation has reached such an extreme phase that it is at the crossroads of a war or peace, much less thinking of the resumption of the tour," KCNA said. "It is quite natural that we can no longer show generosity and tolerance to the south side under this situation."