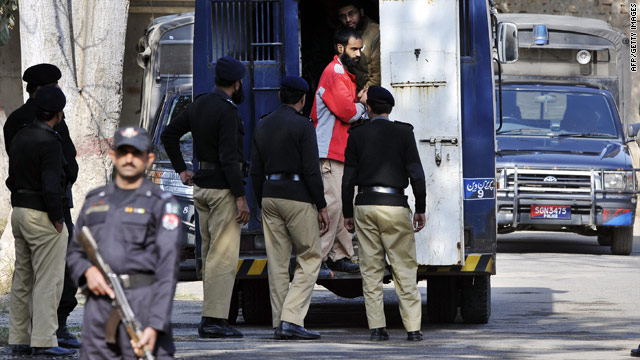 The prosecution argued the men should not be granted bail because Pakistani anti-terrorism laws forbid it for detainees suspected of terror-related crimes carrying a potential sentence of more than 10 years, said Nadeem Akram Cheema, public prosecutor for the anti-terror court in Sargodha, Pakistan.

They were arrested in December in the small city of Sargodha.

Pakistani authorities have described the men as college students who "were of the opinion that a jihad must be waged against the infidels for the atrocities committed by them against Muslims around the world."