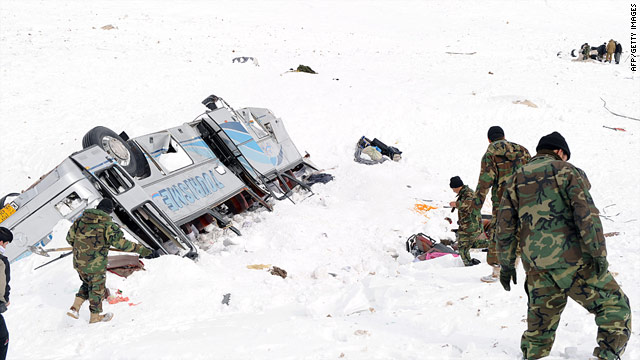 Kabul, Afghanistan (CNN) -- The death toll from a series of avalanches that struck a mountain pass in northern Afghanistan has risen to 167, with hundreds more wounded, authorities said Thursday.

At least 2,100 people have been rescued, Salangi said.

Authorities have reached all the vehicles buried under the snow, and the tunnel is back to normal, he said.

The pass connects the capital, Kabul, to the northern city of Mazar-i-Sharif.