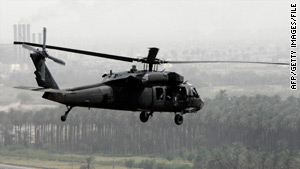 Washington (CNN) -- Overriding objections from China, the Obama administration unveiled a $6.4 billion arms deal with Taiwan on Friday -- including about $2.85 billion in missiles.

China has complained to the United States about the sale of Patriot missiles and other weapons to Taiwan, which neither Beijing nor Washington recognize as a sovereign nation. The deals do not include F-16 fighter jets, which China has vehemently opposed.

"This is a clear demonstration of the commitment this administration has to provide Taiwan with defensive weapons it needs and as provided for in the Taiwan Relations Act," State Department spokesman P.J. Crowley said at his regular Friday briefing. "We think this action is consistent with the U.S. one-China policy ... and contributes to maintaining stability and security across the Taiwan Strait."

He said the State Department had informed the U.S. Congress as well as China and Taiwan about the arms package.

The arms deal is the latest chapter in a decades-long uneasy standoff; China claims Taiwan is its own territory and has threatened to invade if Taiwan ever declares independence. The United States has said it will defend Taiwan if China ever attacks.