Cuba launches its own online encyclopedia 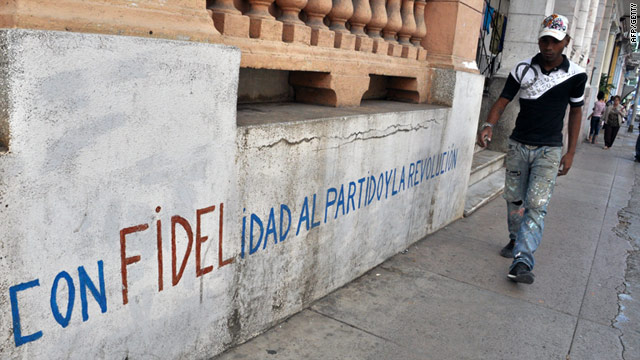 A street in the Cuban capital Havana -- one of the longest entries in EcuRed is about the former Cuban president Fidel Castro.
STORY HIGHLIGHTS
RELATED TOPICS

Havana, Cuba (CNN) -- Cuba is launching its own version of Wikipedia Tuesday with an online encyclopedia that describes the United States as the "empire of our time."

The site EcuRed, at www.ecured.cu , already has nearly 20,000 entries. One of the longest is about former leader Fidel Castro, the founder of the Cuban Revolution.

EcuRed was up Monday and early Tuesday ahead of its official launch, but appeared to be down later in the day, apparently because of too much traffic.

According to the site, its goal "is the accumulation and development of knowledge with a non-profit, pro-democracy aim from a decolonizing point of view."

Users approved by EcuRed administrators will be able to update entries, and the site will be available to all Internet users in Cuba -- an estimated 1.6 million out of a population of 11.2 million.

EcuRed describes the United States, Cuba's Cold War foe, as "the empire of our time, which has historically taken territory and natural resources from other nations by force, to put at the service of its businesses and monopolies."