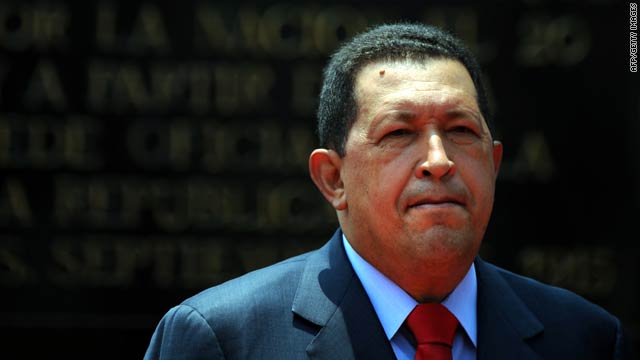 The legislative body was not expected to propose new laws regulating the Internet but to establish sanctions for those who break existing laws regulating media, the state-run ABN news agency reported.

At the center of the debate Tuesday were online communications that incite hatred, violence, murder and coups, ABN said.

"These [Web] pages can't be free to say whatever you feel like," Chavez said over the weekend in response to false reports posted on a news Web site that one of his ministers had been murdered.

"There's a constitution and laws that must be followed," Chavez said in the televised remarks. "I can't put anyone in prison, [but] there are state authorities and they must act."

On Monday Venezuela's attorney general signaled she was ready to act on the directive.

"The Internet cannot be a lawless territory," Luisa Ortega Diaz said, according to local reports. Her office opened an investigation into news Web sites and she asked the national assembly to consider regulations, the reports said.

At the same time, Venezuela sought to defend its Internet record.

Freedom of expression or information is not being damaged.
-- Lawmaker Manuel Villalba, according to ABN
RELATED TOPICS

Lawmaker Manuel Villalba, president of the assembly's science and technology committee, said the issue in question was not censorship or restriction of the Internet, but a look at the irresponsible use of the technology to spread false information.

According to him, the Internet has flourished under Chavez.

"The government has boosted during all these years the democratization of the Internet. In such way that in the past the Internet was a tool that only the richer sectors of the country could have access to," he said.

Chavez's comments that those responsible for posting the false information on the Noticiero Digital Web site should be punished had been taken out of context by the media, Villalba said.

Noticiero Digital stated wrongly that Diosdado Cabello, the minister who oversees the telecommunications regulator, had been assassinated, along with another party leader.

Laws are on the books that make it illegal to incite hate or damage the honor and dignity of another person, Villalba said.

If Venezuela decides to follow a path of increased Internet regulation, it would not be alone.

"[Regulation] exists to some extent in every country," said Larry Downes, a consultant and author of the recent book "Laws of Disruption."

In general, "the more stringent [the regulations], the less content you're going to get," and that can affect free speech, he said.

Some countries are more strict.

In Italy, for example, a court recently ruled that Google was responsible for vetting all videos for offensive material before they are published on YouTube, instead of simply removing them once they are flagged.

While Internet filtering is a growing trend, in Latin America, the only country really filtering is Cuba, said Jillian York, project coordinator for the OpenNet Initiative.

Concerns that Venezuela could follow Cuba in restricting the Internet were raised earlier this year, when Chavez hired Ramiro Valdes, a Cuban with expertise in Internet regulation, as a consultant for an electricity project.