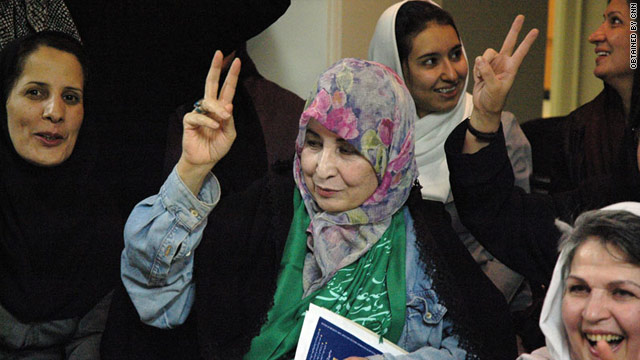 (CNN) -- The world marks International Women's Day on Monday, an annual celebration that highlights their economic, political and social achievements.

"International Women's Day is the story of ordinary women as makers of history; it is rooted in the centuries-old struggle of women to participate in society on an equal footing with men," the United Nations says.

The day was marked for the first time in the early 1900s. More than 1 million women and men attended rallies in Austria, Denmark, Germany and Switzerland in 1911, according to the United Nations. They demanded that women be given the right to vote and to hold public office, and an end to job discrimination.

"It is a time to reflect on progress made, to call for change and to celebrate acts of courage and determination by ordinary women who have played an extraordinary role in the history of women's rights," the United Nations said.

Women for Women International is sponsoring peace demonstrations on bridges in 70 locations. The event will "honor the resilience of millions of women survivors of war around the world" and push for peace instead of armed conflict, the group said.

On a bridge between Rwanda and the Democratic Republic of Congo -- countries marred by internal violence -- thousands of women will gather in support of peace and development, the group said.

While a celebration of progress, International Women's Day is also a time to acknowledge the struggles women still grapple with around the globe.

"There are still too many women suffering in pregnancy, childbirth, no access to good health care, suffering from violence, suffering in all kinds of ways," Brown told CNN. "I think women all around the world feel a greater sense of solidarity for campaigning for better human rights."

Hundreds of white balloons were released to signal the marchers' desire for peace and equality.

A push for equality in India prompted angry protests, which disrupted the Parliament several times Monday in a bid to thwart a landmark bill that would reserve one-third of the seats in federal and state legislatures for women. While the president is a woman -- Pratibha Devisingh Patil is India's first female president -- women make up just 11 percent of the members of the lower house of the Indian Parliament.

On Saturday, Indian Prime Minister Manmohan Singh vowed to work for greater female representation in the country's democratic process, citing Women's Day as a time to "reaffirm our government's commitment to all-round social, economic and political empowerment of our women."

About 30 of Iran's most prominent women's rights activists and their supporters held a private gathering in Tehran. Rahnavard declared that the opposition movement was still alive. She said the movement would not forget the sacrifices by women who were jailed, beaten or died in the post-election protests last year. Women, treated as second-class citizens under Iranian law, were noticeably front and center at the massive demonstrations after the disputed election in June.

"This year these women are now much more visible," said Nadya Khalife, a gender equality researcher for Human Rights Watch in Beirut, Lebanon. "But Iranian women are not only battling gender discrimination, they are also battling heightened political tensions."

The campaign, Call for Solidarity: Freedom and Gender Equality in Iran, is calling for the release of all political prisoners and an end to government-sponsored repression, the group said.

U.S. Secretary of State Hillary Clinton, who has made women's rights a key aspect of her international agenda, said Monday that women still have a long way to go in obtaining full rights.

"Women are still the majority of the world's poor, unhealthy, underfed, and uneducated," Clinton said in a video message posted on the State Department Web site. "They rarely cause violent conflicts but too often bear their consequences. Women are absent from negotiations about peace and security to end those conflicts. Their voices simply are not being heard."