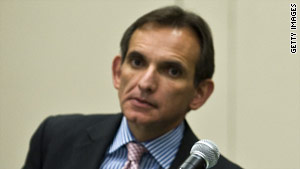 Washington (CNN) -- Increased cooperation with the United States in the fight against Mexican drug cartels is vital, but American agents will always be limited on their actions in the country, Mexico's interior ministry said Wednesday.

The statement was part of a flurry of reaffirmations of where the United States and Mexico stand with each other in relation to anti-drug operations in Mexico, spurred by a Washington Post report that U.S. agents would be embedded with Mexican law enforcement units.

The newspaper, citing unnamed officials from both countries, posited that the unprecedented levels of violence in Ciudad Juarez, Mexico, is pushing the neighboring nations to cooperate ever closer.

Military and municipal police spokesmen in Juarez said they had read the report, but they officially had no comment on coordinated efforts.

Diplomatic officials denied there are plans to have American intelligence officials embedded with Mexican units.

"I want to absolutely clarify that the United States does not have operations in Mexico, [and] doesn't have field agents from U.S. security forces that are operating in Mexico," U.S. Ambassador to Mexico Carlos Pascual said. "What we have are people who work there as advisers to share intelligence information, something that is absolutely normal between the two sides and something we have done for a long time."

His counterpart, Mexican Ambassador to the United States Arturo Sarukhan, said, "At no point do we intend to infringe, violate or modify the laws that govern the presence of foreign agents, in this case Americans."

Mexican law has explicit rules about what foreign agents in their country can and cannot do.

According to the interior ministry, foreign functionaries in Mexico can only share information and coordinate with their Mexican counterparts.

"These rules have not been modified nor has their modification been contemplated," the statement said.

The ministry added that combating organized crime in Mexico is a shared responsibility between the two countries, and that increased cooperation, within the framework of current laws, is a desired thing.

"International cooperation is a complementary factor to national efforts," the statement said.

"We've worked together on historically successful cases and record-breaking numbers of extraditions," he said. "We have assisted them and supported them as much as possible. Nothing has changed from our standpoint."