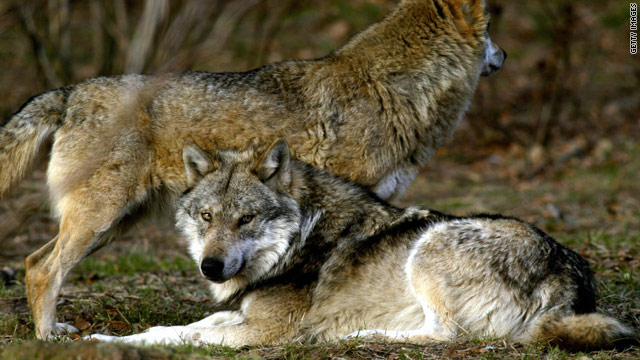 (CNN) -- Wolves should be reintroduced in U.S. national parks to help restore damaged ecosystems, according to a new report.

Researchers writing in the February issue of "BioScience" propose reintroducing small, managed populations in an effort to improve the biodiversity of many natural areas in North America.

These areas, say the authors led by Daniel Licht of the U.S. National Park Service, have been environmentally-impacted by population growth of hoofed mammals, for example elks and deer, which have prospered in the absence of "top-level" natural predators.

More wolves, they argue, would result in fewer hoofed mammals which in turn would lead to greater plant biomass and diversity.

A number of recent studies are cited to back up the report's proposal.

According to a 2004 study of south western Montana by W.J. Ripple and R.L. Beschta, wolves influence the distribution and behavior of elks by reducing the amount of time they spend foraging in woody vegetation.

Furthermore, wolf populations have been found to provide recreational and economic benefits. A 2006 study reported that wolves in Yellowstone National Park increased visitor numbers and expanded ecotourism spending by $35 million in 2005.

Wolf populations, say the report, should be small, non self-sustaining and be introduced for the sole purpose of restoring ecosystems where adequate numbers of prey already exist and where contact with humans can be managed.

Many of the public's fears about wolf attacks, not only on humans but on livestock, game and pets could be allayed, say the authors, by tagging and tracking them using global positioning system technology.

According to the authors, it's not the first time wolves have been employed environmentally.

In 1960, four wolves were reintroduced to Coronation Island in the state of Alaska to control the deer population. Although the plan was successful, their numbers weren't managed and the population soon increased to 13 before eventually crashing.

Today, public concerns over small populations growing unchecked could also be addressed by surgery or contraception say the authors, although they concede that these solutions remain ethically and environmentally contentious.

The authors also propose the use of barriers, both real and virtual (where collared animals receive an electric shock when approaching a buried wire) to act as a further safeguard to populations running out of control.

"Variations of it [wolf conservation] are regularly and successfully used throughout the world with large predators such as lions and African wild dogs," the authors conclude, but they admit there will be problems convincing many Americans -- who view the wolf as potent symbol of wilderness -- that these changes are desirable.