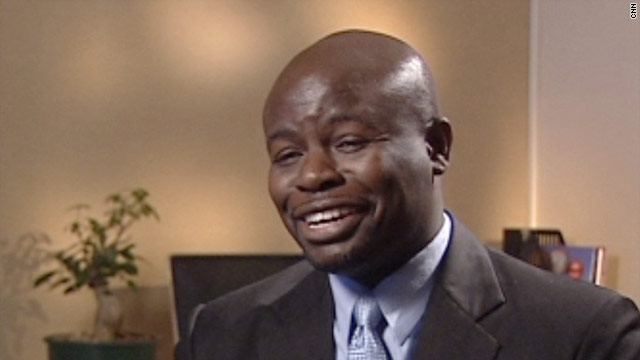 CNN's Marketplace Africa offers viewers a unique window into African business on and off the continent. This week the show interviews innovative HIV/AIDS expert Dr. Ernest Darkoh about the future of healthcare in Africa.

Johannesburg, South Africa (CNN) -- A leading HIV/AIDS expert says it is time for Africa to take a "brutally realistic" look at how it combats a disease that kills thousands of people on the continent each day.

"In Africa, we will never have enough resources [to fight AIDS] according to the conventions of the West," Dr. Ernest Darkoh told CNN. "So we can't keep on looking to conventional models that work in environments that don't match our context."

Darkoh is the chairman and founding partner of BroadReach Healthcare, a company that is working with governments to develop public and private sector solutions to the HIV/AIDS epidemic in Africa.

"The developing world had been characterized by a lot of funding but often very little accountability for results of that funding," said Darkoh. "And it's important to deliver the results, because people are dying."

In 2001, Darkoh helped develop Africa's largest public sector HIV/AIDS treatment program, in Botswana. It was an unprecedented success and led him to start BroadReach with a friend from medical school in 2003.

Marketplace Africa spoke to Darkoh about his company and his vision for the future of healthcare in Africa.

CNN: In 2001, you were working for Mckinsey when the Botswana government brought the company in to develop its AIDS treatment program. What was your approach?

Ernest Darkoh: It really was one of the biggest public experiments of our times. In essence, the country of Botswana in the year 2000, at that time, 38.5 percent of adults were HIV infected.

That program got off the ground in a three-year period, and in a five-year period had more or less stopped most of the death from HIV in the country.

So I think it's been a remarkably successful intervention demonstrating what is possible using existing resources and the power of public and private partnerships.

In Africa, we will never have enough resources [to fight AIDS] according to the conventions of the West.
--Dr. Ernest Darkoh
RELATED TOPICS

CNN: How did BroadReach then come into being?

ED: BroadReach came into being largely out of observations on the ground and frankly with encouragement from groups like Merck [Pharmaceuticals] and the Gates Foundation. We had had this amazing cutting-edge experience, at least two years before other countries were even thinking about starting treatment.

CNN: You seem to have a very business-focused approach in the sense of having very clear service-delivery priorities, very clear quotas.

ED: I think that's actually one of our values as a company. One of the principles of which we approach all of our work is to be extremely target and goal oriented and results oriented.

CNN: You've talked a lot about your supermarket checkout approach to healthcare.

ED: If everybody at the checkout counter has a cart stacked full of stuff, you'll have a big queue. And in the HIV context, everybody behind you is getting sicker, meaning that their cart is getting stacked higher and higher. So the queue grows indefinitely [until] you crash the capacity of your healthcare system.

We created this fast checkout lane whereby those people who did not need an hour worth of care and maybe just needed five or ten minutes could come through and get all that volume through and prevent them from ever becoming sick, and those who would need intensive care would come on the other days.

So we saved the lives of those who were very critical but we also prevented people getting too sick and therefore becoming this unmanageable burden on the health system.

CNN: So you've continued to incorporate new business models into the way you're handling this?

ED: An approach of ours is to look at how we can use partnerships to generate massive scale very quickly. To date I think we have proved that even in environments when people say we don't have enough staff, we're able to come in and develop a very large-scale system that can from day one be able to treat people from the hundred thousand or million person level using largely existing resources on the ground.

And I think that really is one of the approaches we need to think about more carefully, in particular in continents like Africa, where we will never have enough resources according to the conventions of the West. We have to accept the fact that there'll be gaps that likely won't fill in our lifetime, but we can fill those gaps through innovation.

Nick Thompson contributed to this report