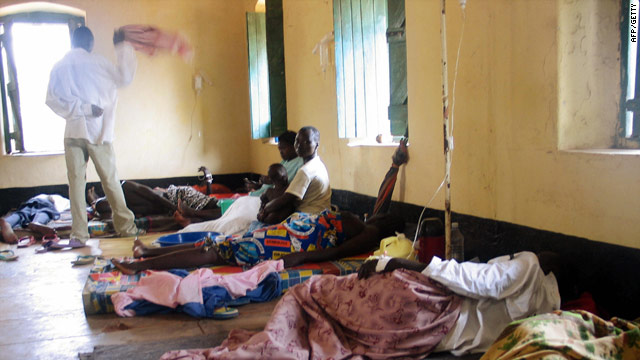 The outbreak has led to 40,000 cases in Nigeria and resulted in 1,555 deaths, UNICEF said. Women and children account for four of every five cases, the agency said.

The disease's spread seems to have been largely contained in Nigeria, where new cases are still being reported in parts of the country, particularly the northeast, the United Nations said.

Cholera: What causes it and how it spreads?

Several hundred deaths also have been reported in Cameroon, which borders Nigeria.

"Without treatment, death can occur within hours," the agency has said.

The disease kills about 120,000 people a year, according to the World Health Organization.

Two-thirds of rural Nigerians lack access to safe drinking water, and fewer than 40 percent of people in affected areas have access "to toilet facilities of any description," the Nigerian Health Ministry said in August.