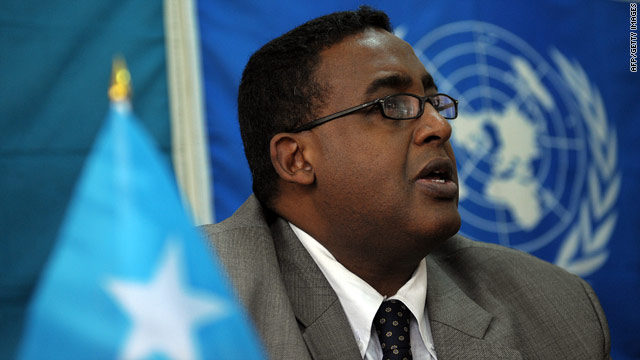 (CNN) -- Somalia's prime minister resigned Tuesday after a month of disagreements with the country's president.

Omar Abdirashid Sharmarke, the prime minister, told reporters about the resignation during a brief statement.

"After considering the political crisis within the government and the worsening security in Somalia, I have decided to resign from my post as prime minister," Sharmarke told reporters inside villa Somalia, the residence of President Sheikh Sharif Ahmed.

Sharmarke and Sharif have clashed over a number of issues including a new constitution for Somalia.

The president was present during the Sharmarke's speech and said he welcomed the resignation.

The resignation comes as violence continued in Mogadishu.

In the latest incident, a lone gunman tried to force his way into the presidential palace Monday night, according to the director of communication of the president, Abdirashid Khalif.

The gunman, who had a grenade and a rifle, was shot dead by security guards, Khalif said.