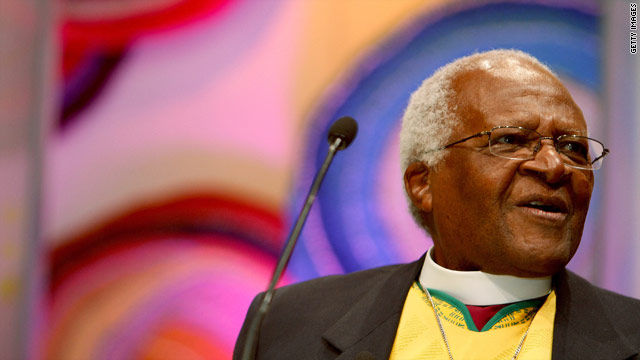 "Instead of growing old gracefully, at home with my family -- reading and writing and praying and thinking -- too much of my time has been spent at airports and in hotels," the Nobel laureate said in a statement.

"The time has now come to slow down, to sip Rooibos tea with my beloved wife in the afternoons, to watch cricket, to travel to visit my children and grandchildren, rather than to conferences and conventions and university campuses," he said.

But by then he was already chairing South Africa's Truth and Reconciliation Commission, a public inquiry into the crimes of the country's apartheid regime. He retired from that position in 1998.

Since then, Tutu has continued to travel the world, lecturing and advocating for various causes.

He's also been chairing The Elders, a group of statesmen and women including Nelson Mandela, Jimmy Carter, Kofi Annan and Mary Robinson. The Elders try to help resolve conflicts around the world, including those in Cyrpus and Sudan, campaign against nuclear arms, and work for women's and girls' rights.