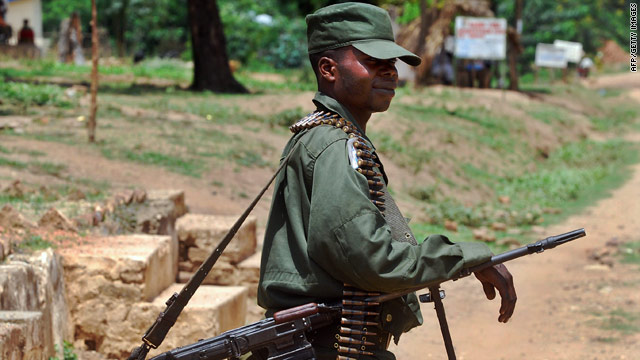 The eight International Committee of the Red Cross (ICRC) personnel, who had just completed an assessment of displaced people in the Fizi area, have been held since April 9 by Mai Mai Yakutumba, a militia operating in South Kivu province.

"We demand that the group holding our personnel release them as quickly as possible," said Franz Rauchenstein, head of the ICRC delegation in the Congo. "We are in contact with our colleagues, and their families have been briefed on the situation."

Violent ethnic clashes in the South Kivu, related to the 1994 genocide in neighboring Rwanda, have forced thousands of civilians from their homes in recent months, the ICRC said.

"It is in order to protect and assist armed-conflict victims that we have been carrying out our activities in the area," Rauchenstein said. "We continue to insist that the strictly neutral, impartial and humanitarian nature of our work be recognized, and that our colleagues be able to return to their loved ones soon."