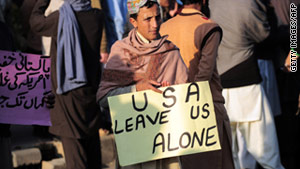 Washington (CNN) -- The CIA has recalled its top spy in Pakistan out of concern for his safety after terrorist threats against him, a U.S. intelligence official said.

The station chief, the highest-ranking U.S. intelligence officer in Pakistan, operates covertly and his identity is considered classified. He had recently been named in a lawsuit filed by a Pakistani man seeking $500 million for the death of his son and brother, who the man alleges were killed in a U.S. drone strike. The spy's name then appeared in Pakistani media stories about the lawsuit.

The threats "were of such a serious nature that it would be imprudent not to act," the intelligence official said, describing the decision to pull him from the country.

A spokesman for the CIA declined to speak about any details of the situation in Pakistan but said in general that protecting CIA personnel is a top priority.

"Our station chiefs routinely encounter major risk as they work to keep America safe, and they've been targeted by terrorists in the past," CIA spokesman George Little said. "Their security is obviously a top priority for the CIA, especially when there's an imminent threat."

The station chief oversees all intelligence operations in Pakistan including managing the drone program, which the U.S. government does not publicly acknowedge, and coordinates with the country's intelligence office.