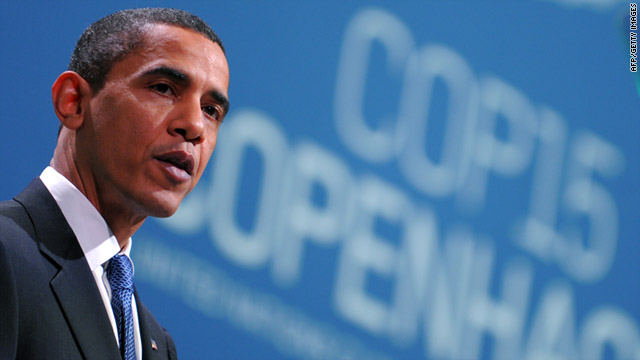 (CNN) -- Of all the subjects covered by the U.S. diplomatic cables obtained by WikiLeaks, climate change appears to have generated the most frustration, anger and pessimism.

A year ago, the climate summit in Copenhagen ended with a hastily-cobbled compromise that involved the United States, China and Brazil among others -- but excluded others. And there were, according to the cables after the event, plenty of hurt feelings.

A dispatch from Brussels, Belgium said incoming European Council President Herman Van Rompuy (essentially the head of the European Union) was "angry that Europe was elbowed out of discussions in Copenhagen and in a pessimistic mood about the successor talks in Mexico."

Van Rompuy's pessimism is now being put to the test, as two weeks of negotiations in Mexico wrap up -- without any breakthrough evident.

Van Rompuy met the U.S. ambassador to Belgium, Howard Gutman, just before Christmas 2009, and described the Copenhagen conference as "a disaster in which Europe was excluded and mistreated."

The ambassador, who knew Van Rompuy well, wrote that "he was as animated and as frustrated as I have seen him. He thought the only saving grace was that he was not there. Van Rompuy said, 'Had I been there, my Presidency would have been over before it began.' "

Looking ahead to the next round of climate negotiations (which are concluding this weekend in Mexico) Van Rompuy predicted they, too, would be a disaster and said "multilateral meetings will not work." He proposed talks between the U.S. and European Union, "and then approaching China to achieve a workable solution."

Brazil, which has always played a prominent role in climate negotiations, also expressed disappointment, according to a leaked cable from the U.S. embassy in Brasilia.

"President Luis Inacio Lula da Silva principally blamed the position of the United States on mitigation, which he called "too little" and one that "did not evolve during the conference" (Mitigation is essentially reducing emissions).

The Brazilian Environment Minister, Carlos Minc, went further. According to the cable, "He criticized President Obama, saying the people of the planet expected more of a Nobel prize winner. Minc then urged Obama in the upcoming negotiations "to do something or return the Nobel prize."

But Minc also criticized other governments, including Cuba and Venezuela, for an obstructive approach. "He added that "there were too many people staring at their navels, and also a climate of distrust that was very bad," according to the cable.

The Netherlands, which has some of the most ambitious environmental targets in the world, described the Copenhagen meeting as a "significant accomplishment." But a diplomatic cable from the Hague quotes a senior Dutch official as saying he "was taken aback by the sight of European leaders (e.g., PM Brown and Chancellor Merkel) hovering around the VIP room sofas where the Chinese, Indian, South African, and Brazilian representatives were consulting," trying to get an audience with them.

Like Van Rompuy, the Dutch official was skeptical that such big summits could work. The Netherlands, he said, was "disenchanted with the top-down U.N. process vulnerable to spoiler countries."

The cables suggest bitter divisions within the 27-member European Union before, during and after the Copenhagen summit. A Dutch call for a 30% cut in European Union emissions by 2020 ran into sharp resistance from Italy and Poland in what was described as a "vicious" meeting.

A cable from the U.S. Charge d'Affaires in Brussels said that "Germany is concerned that a lack of internal solidarity is leading to problems with the EU's position and leadership internationally." One German delegate dismissed Poland's argument as "give us two billion euros for technology."

In the year since the Copenhagen summit ruffled so many feathers, there has been much talk of repairing the damage at the next round of talks, now taking place in Cancun, Mexico. But after two weeks of negotiations among 192 delegations, the outcome remains in doubt.

The British Climate Change Minister, Christopher Huhne, said that if nothing was achieved at Cancun, U.N. climate negotiations would become a "zombie process" -- stumbling along without any real hope of progress.