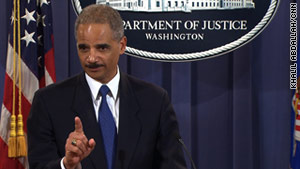 London (CNN) -- WikiLeaks founder Julian Assange is "in the process of making arrangements" to meet with British police regarding a Swedish arrest warrant, his attorney said Monday.

Assange is wanted for questioning by Swedish authorities over sex-crime allegations unrelated to WikiLeaks' recent disclosure of secret U.S. documents. Mark Stephens, his British lawyer, told the BBC no time had been set for the

meeting as of Monday evening, but one is likely "in the foreseeable future."

"We are in the process of making arrangements to meet with the police by consent in order to facilitate the taking of that question-and-answer as needed," Stephens said.

Sweden issued an arrest warrant for Assange in November, saying he is suspected of rape, sexual molestation and illegal use of force. The warrant was followed last week by a "Red Notice" from Interpol, placing Assange on a list of wanted suspects at the request of Sweden's Stockholm Criminal Court.

British police then asked Swedish authorities for additional details not specified in the initial arrest warrant, a possible indication that the location of the elusive Assange is known. CNN has not confirmed that Assange is in the United Kingdom.

Swedish prosecutors said Monday that they had sent additional information the British requested and that the case was being handled in accordance with European laws.

In response, the site has rallied supporters to mirror its content "in order to make it impossible to ever fully remove WikiLeaks from the internet," with more than 500 sites responding to the appeal by Monday evening, it said.

"Now that the information has already been leaked, it becomes more of a free-speech issue," Wang said. Most reviews of the documents have failed to turn up many surprises so far, she said -- "That's why I feel like the censorship is a bigger issue."

In addition, WikiLeaks has posted a massive, closely encrypted file, identified as "insurance" -- a file Assange's lawyer has described as a "thermonuclear device." Assange has said the more than 100,000 people who have downloaded the file will receive the key to decoding it should anything happen to him or should the site be taken down.

Ira Winkler, a former National Security Agency analyst, said the file is nearly impossible to decode without the key.

But in Washington, U.S. Attorney General Eric Holder said he has authorized "significant" actions related to a criminal investigation of WikiLeaks.

Holder declined to answer questions about the possibility that the U.S. government could shut down WikiLeaks, saying he does not want to talk about capabilities and techniques at the government's disposal. Nor would he say whether the actions involved search warrants, requests under the Foreign Intelligence Surveillance Act, which authorizes wiretaps or other means, describing them only as "significant."

"I authorized just last week a number of things to be done so that we can, hopefully, get to the bottom of this and hold people accountable as they should be," he said.

In Switzerland, meanwhile, WikiLeaks said in a press release that the bank Swiss PostFinance decided to end "its business relationship" with Assange based on a "technicality." The bank said Assange listed Geneva as his home and "upon inspection, this information was found to be incorrect."

"Assange cannot provide proof of residence in Switzerland and thus does not meet the criteria for a customer relationship with PostFinance," the bank said.

WikiLeaks' statement said Assange used his lawyer's address in Geneva for bank correspondence. The account closure -- coupled with the decision by U.S.-based website PayPal to cut off online donations to WikiLeaks last week -- has resulted in losses of 100,000 euros (U.S. $133,000) in assets, WikiLeaks said.

And in Assange's native Australia, meanwhile, Prime Minister Julia Gillard told reporters Tuesday that police were investigating whether any of her country's laws were broken. But she WikiLeaks was "grossly irresponsible" to have distributed the documents, which a U.S. soldier based in Iraq is suspected of providing to them.

"I've been asked about this matter a number of times, and I want to be clear about my attitude to it," she said. Publishing the documents "is an illegal act that certainly breached the laws of the United States of America. The individual involved, there are potential matters arising from Sweden and the warrant there," she added.

CNN's Per Nyberg, Matt Smith and Brian Todd contributed to this report.