U.S. Navy bombarded with Facebook complaints on use of 'Arabian Gulf' 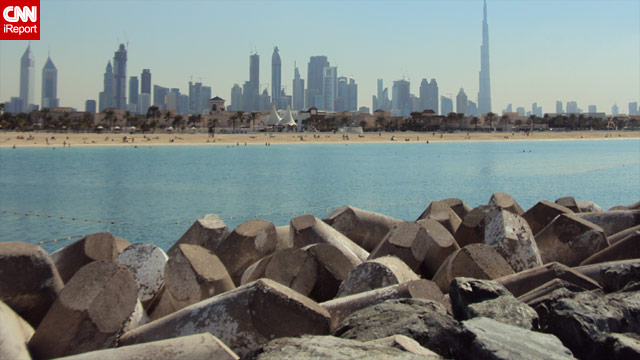 Here's the skyline of Dubai as seen from the Persian Gulf. Or is that the Arabian Gulf? The name is a source of heated debate.
STORY HIGHLIGHTS
RELATED TOPICS

Washington (CNN) -- The U.S. Navy's Facebook page is awash with thousands of pro-Iranian messages protesting the force's designation of the "Arabian Gulf" instead of the "Persian Gulf."

Since last Thursday, as many as 4,000 messages have hit the page as part of a coordinated computer initiative from around the world, according to the Navy.

The messages strongly advocate that the Navy use the name Persian Gulf instead of Arabian Gulf for the waters off the coast of Iran, and they are believed to have been a result of several Facebook "cause" pages advocating the change, according to Navy officials.

As a result of the extremely heavy traffic on the Navy Facebook page -- used by service members around the world -- and with postings still coming in, many of the messages are being designated as spam and are not being posted, according to Rear Adm. Dennis Moynihan, chief spokesman for the Navy. However, by scrolling through the site, viewers can still see several older anti-Arabian Gulf postings.

Some examples (with spellings and wordings verbatim) of postings:

-- "From thousands years ago this gulf had been persian gulf and it will be forever persian...sorry for americans."

-- "How can world trust you when you easily change the history ? It's persian Gulf forever."

-- "Is anybody in US Navy who has studied the geography? Have you ever been at school? Have you studied geography? What have you seen in geography? for sure it is Persian gulf. My question is can anybody change the name of America? that's crazy."

But even the Navy's action to deal with the flood of postings got comments. One writer posted a message saying, "why you delete my comment??"

The Navy posted a lengthy statement trying to explain its Facebook page is mainly for service members and those who follow U.S. Navy news.

"This protest started Thursday morning, 2 DEC, and has denied the use of this page, and more specifically the wall, to the majority of fans that normally use it," the statement said.

The Navy said it would continue to take down messages that appeared to be spam.

But it also said in its statement, "As for the primary points raised, we are aware of the long and proud history of the Persian people. You'll note we've permitted posting of content that supports this point. We are also well aware of the long history behind the origin of the name of the Persian Gulf. While sharing tasteful content that supports this has been permitted, out of deference to the fans here who expect more from us, we won't support inappropriate behavior and commentary. We encourage you to post your opinions to other forums better suited for this conversation."

"The use of the term "Arabian Gulf" (versus) Persian Gulf is used by naval forces including our regional partners there for years. We use this term in press releases, news stories, and photos coming from the Navy in the region," the statement added.

"The often cited Navy Style Guide that says to use the term "Arabian Gulf" (versus) Persian Gulf is really only applicable to them since commands in their area would be the only naval forces publishing stories in the region. In most other respects (nautical charts and publications for example) the historic name of Persian Gulf is used. We value and respect the partners with whom we serve around the globe, and mean no harm or insult to any people."