Mansion used in 'The Godfather' up for sale 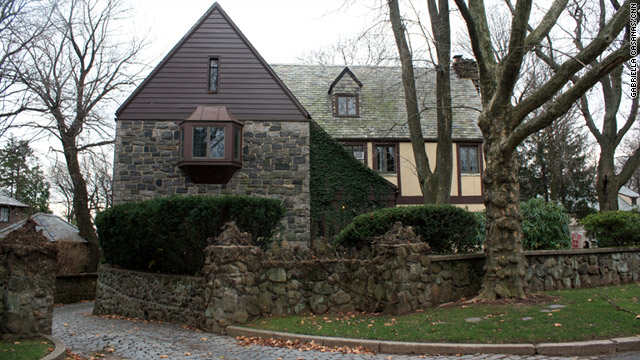 The owner of the eight-bedroom, five-bath property said he decided to put it up for sale after his father passed away.
STORY HIGHLIGHTS

New York (CNN) -- The mansion and four-acre estate featured in Francis Ford Coppola's 1972 film "The Godfather" is up for sale for a whopping $2.9 million.

Owner Jim Norton said he put the eight-bedroom, five-bathroom Staten Island home on the market after his father recently passed away.

The film is based on a novel written by Mario Puzo and begins with a scene filmed at the iconic estate, where the aging Corleone accepts requests for favors during the wedding reception of his daughter Connie, played by Talia Shire.

His mother collected behind-the-scenes mementos from the film, including pictures and autographs from cast and crew members, he said.

Realtor Connie Profaci said the location was suggested by neighbor and co-star Gianni Russo, who played Corleone's son-in-law in the film.

"His family lived near the home and was familiar with the English Tudor enclave connecting Todt Hill and Emerson Hill," Profaci said. "Paramount producer Al Ruddy agreed and the rest was history."